Have you ever done something you wish you could completely obliterate from your past? Or worse, has something been done to you that completely changed the way you see yourself and had colored all of your choices since? I recently read You Belong with Me by Tari Faris and a lesson came crashing home that I want to share with you: you are not your past.

He was a liar from the beginning and he’s lying now.

You are not your past. When we accept Christ as our Lord and Savior, He takes us and washes all the gunk away and makes us clean. #hebrews12endurance #redeemed Click To Tweet

When we accept Christ as our Lord and Savior, He takes us and washes all the gunk away and makes us clean. Then He covers us in righteous robes and we are made new. We can walk away from our past mistakes because we are not our past.

Your Past Is Not Your Future

This is another lie the enemy wants us to believe: our future will look exactly like our past. Oh, sweet friend, that’s only true if you listen to Him. But I encourage you, don’t fall for the devil’s lies. Don’t let him tell you the dark plans he has for you.

Choose instead to listen to your Heavenly Father and root your identity in Him.

The things you did, don’t define who you are. You don’t have to keep doing that thing if you don’t want to. If you ask, God will give you the victory over the sin that keeps dragging you under.

I know it’s hard to believe because sometimes I struggle with it myself, but things won’t always be as dismal as they look now.

You Are Not Your Past: You Belong With Me Review

Hannah is a realtor who can’t sell houses. She spends much of her time convincing people not to sell their homes or trying to convince buyers they can only buy a property if they plan to keep it as is. She’s a little obsessed with preserving the history and keeping things exactly as they are—or as they were.

Luke, who is an orphan, never felt at home in Heritage. He is restoring the house he grew up in which he has on a rent-to-own contract. He struggles to find his place in Heritage and probably would have left a long time ago if not for Hannah.

Know God: Most of the characters in Heritage struggled in their relationship with God. They knew who He was but because life hadn’t turned out as they hoped they weren’t sure what God wanted from them of what to do next.

Know yourself: Both Hannah and Luke had an image of who they were based on the circumstances of their past. As a foster child, Luke longed for a place to belong and saw all his interactions with people and all his relationships through that lens.

Not until he started to see himself as adopted by God did he start to become truly self-aware.

When you accept Christ, you are grafted into the family of God and become His child. #redeemed #hebrews12endurance Click To Tweet

Hannah used her mother’s actions as a guide for everything she did in her own life. She was so desperate not to be classed in the same light as her mother that she held too tightly to the things of her past. She was so concerned with preserving history she couldn’t learn that sometimes you have to let things go.

None of the characters of Heritage were able to truly see themselves until they started to look through God’s eyes. Like us, they have to learn that our true identity is based on who we are in Christ.

Run your race: For much of the book, Hannah tried to control the circumstances of her life. This sometimes meant that she had to manipulate things (and people) to get what she believed was the desired result. But she eventually learned that everyone had to make their own decisions.

Everyone had their own life to live but because she was so concerned with being in control of everything, she was not really running the race set before her.

Luke also had to realize that wishing for something does not make it true. Yes, he had wanted someone to adopt him when he was a child but that hadn’t happened and he needed to move past it.

This review focused mainly on Hannah and Luke’s story but there are other elements and sub-characters in Heritage to fall in love with. Personally, I didn’t like Hannah’s character because I felt she didn’t always respect Luke’s perspective. She knew he would do what she wanted and she often took advantage of that. She also seemed to run roughshod over other people’s opinions.

Still, her behavior was understandable because the author made it clear it was because of her past that she held so tightly to everything and everyone she loved.

I enjoyed meeting the characters of Heritage. Some of them were the neighbors you wished you didn’t have, while there were others you would have liked to sit down and have a conversation with. I received a review copy of You Belong With Me as part of the Revell Book Bloggers program; a positive review was not required.

You Belong with Me Description 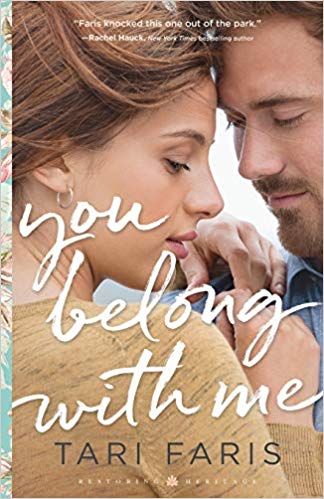 Realtor Hannah Thornton has many talents. Unfortunately, selling houses in the town where her family name is practically poison isn’t one of them.

When a business tycoon determines to raze historic homes in the small town of Heritage, Michigan, and replace them with a strip mall, Hannah resolves to stop him.

She sets about helping Heritage win a restoration grant that will put the town back on the map–and hopefully finally repay the financial debt Hannah’s mother caused the town. But at first, no one supports her efforts–not even her best friend, Luke.

Luke Johnson may have grown up in Heritage, but as a foster kid he never truly felt as if he belonged. Now he has a chance to score a job as an assistant fire chief and earn his place in the town.

But when the interview process and Hannah’s restoration project start unearthing things from his past, Luke must decide if belonging is worth the pain of being honest about who he is–and who he was.

Hannah is a realtor who can’t sell houses. She spends much of her time convincing people not to sell their homes or trying to convince buyers they can only buy a property if they plan to keep it as is. She’s a little obsessed with preserving history and keeping things exactly as they are—or as they were. 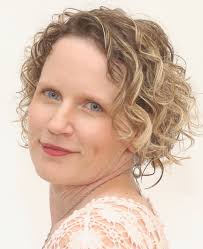 I have been writing fiction for more than twelve years. It has been an exciting journey for this math-loving-dyslexic girl. I had read less than a handful of novels by the time I graduated from college and I thought I would end up in the field of science or math. But God had other plans and I wouldn’t trade this journey for anything. As someone told me once, God’s plans may not be easy, and they may not always make sense but they are never boring.

When I am not writing or working, I spend time with my amazing husband. We have been married for fifteen wonderful years and have three sweet children. In my free time, I love coffee, rockhounding with my husband and kids, and distracting myself from housework.

I love to hear from readers. You can connect with me on my website at www.tarifaris.com