Where do go when you need godly advice? Is there someone you can trust for wise counsel?

What Does Wise Counsel Mean?

The word counsel means to give advice. It means providing information so the other person can make a decision based on the data provided.

But not every advisor gives good advice. Some people offer advice that is misleading or dangerous, sometimes deliberately, or because they don’t have enough knowledge or experience.

Wise counsel is advice given by someone of maturity, wisdom, or experience. The individual has the right skillset and enough knowledge to provide guidance so the other person can, hopefully, make the right choice.

The idea of seeking wise counsel is one that will come up several times during your lifetime. But how do you know if the answers you’re getting are godly counsel or not?

1. Godly advice obeys the laws of the land. A wise counselor will not ask you to do things that are against the law. Now I know there are some very antiquated or even funny laws that exist across the world (like the one where you can’t sell dog hair in Delaware), but we are called to obey the law.

As God’s people, we have an obligation to obey the law of the land.

Let every person be subject to the governing authorities. For there is no authority except from God, and those that exist have been instituted by God. Romans 13:1 ESV

Note, however, that being obedient to the law of the land does not mean it supersedes the Word of God.

But Peter and the apostles answered, “We must obey God rather than men. Acts 5:29 ESV

2. Godly advice does not ask you to violate the rights of others. Every one of us was created by God. This means we all have the same rights. Our societies may teach us differently or treat us according to some standard that is set up, but God does not want us to discriminate against each other.

As Christians, we are called to bear one another’s burdens and to support each other (Galatians 6:2). A wise counselor would not encourage us to do anything that would take advantage of someone else.

3. Godly counsel will not violate moral laws. We all have morals, that is, beliefs that guide our behavior to do what we think is right. Moral laws go beyond that since our hearts are desperately wicked and we’re capable of having beliefs that cause us to do horrible things. Moral laws are based on God’s law.

Someone professing or offering wise counsel will not advise you to do something that goes against moral laws.

Godly wisdom should align with the Word of God. But in order for you to know that, you have to spend time reading and studying the Bible. Only then will you be able to determine if something aligns with the truth of God’s Word.

One of the themes I saw play out in Sunrise was the importance of having people in your life who can give you wise counsel.

My Review of Sunrise

Sunrise by Susan May Warren begins a brand-new series Sky King Ranch which focuses on a set of male triplets. When Dodge left home at age 18 it was with the belief that he’d never return but that’s not what happened. He returns to Alaska to find that while there were some changes in his hometown, the essentials, like the fact that he was still in love with Echo remained the same.

Sunrise by Susan May Warren was a good read. The characters were relatable and you wanted to hear more of their stories. The setting was dramatic, dangerous, and beautiful.

When Dodge Kingston found himself in the hospital waiting for news about his father, he broke a promise to himself. When he left home at eighteen, he’d promised never to come back. Ten years later, he was back in Alaska trying to come to grips with all that had changed while struggling to understand that some things never will.

Sunrise revealed the story of the characters in a series of flashbacks. The reader gets to experience the heartbreak Dodge and Echo had experienced even as they struggled to make sense of their feelings in the present.

Know God: the faith of the main characters was not as evident as I would have liked and seemed to be more on the waning side. Thankfully, Dodge’s father had a strong faith which he exhibited as godly wisdom. He reminds the reader that though it may seem as if God is absent from our lives, He’s very present.

Know yourself: I found it interesting that this book features triplets, who seem to look alike. I imagine it must have been difficult to differentiate yourself from your brothers when they all share your face or have features in common. Yet, Dodge managed to distinguish himself.

Dodge was a reluctant hero who found himself rescuing others even at risk to himself.

Run your race: At the end of the day, both Echo and Dodge had to run the race set before them. Though they had been influenced by the events and people in their lives, they both got to a place where they had to do what they were called to do.

The same is true for us. We will be influenced by circumstances and people but ultimately, we have to decide to do the work God has called us to in order to become the persons He’s created us to be.

Throughout the novel, we see instances where someone speaks truth into either Dodge or Echo’s lives. The advice they received contributed to the characters’, and dare I say, the reader’s growth.

One of Ms. Warren’s gifts is her ability to create a community around her main characters and she managed to do that even in the isolation of the setting.

There was a strong theme of forgiveness and why it’s important for us to forgive. Readers will also be reminded that has God has a plan for our lives. But sometimes, we can’t see the plan because we’re busy telling God what we want and what we don’t want.

I received an advanced reader’s copy from the publisher through the Revell Reads program; a positive review was not required.

Pilot Dodge Kingston has always been the heir to Sky King Ranch. But after a terrible family fight, he left to become a pararescue jumper. A decade later, he’s headed home to the destiny that awaits him.

That’s not all that’s waiting for Dodge. His childhood best friend and former flame, Echo Yazzie, is a true Alaskan–a homesteader, dogsledder, and research guide for the DNR. Most of all, she’s living a life Dodge knows could get her killed. One of these days she’s going to get lost in the woods again, and his worst fear is that he won’t be there to find her.

When one of Echo’s fellow researchers goes missing, Echo sets out to find her, despite a blizzard, a rogue grizzly haunting the woods, and the biting cold. Plus, there’s more than just the regular dangers of the Alaskan forests stalking her . . .

Will Dodge be able to find her in time? And if he does, is there still room for him in her heart?

About Susan May Warren

Susan May Warren is the USA Today bestselling author of more than 85 novels with more than 1 million books sold, including the Global Search and Rescue and the Montana Rescue series, as well as Sunrise.

Winner of a RITA Award and multiple Christy and Carol Awards, as well as the HOLT Medallion and numerous Readers’ Choice Awards, Susan makes her home in Minnesota. Find her online at www.susanmaywarren.com, on Facebook @SusanMayWarrenFiction, and on Twitter @SusanMayWarren.

The Benefit of Godly Advisors

One of the best things you can do is surround yourself with wise counselors. Do not reject godly wisdom. Instead, use it as an invitation to press deeper into your relationship with God.

What’s the best godly advice you’ve ever received? (And yes, things you learn from books count). Share them with me in the comments below. 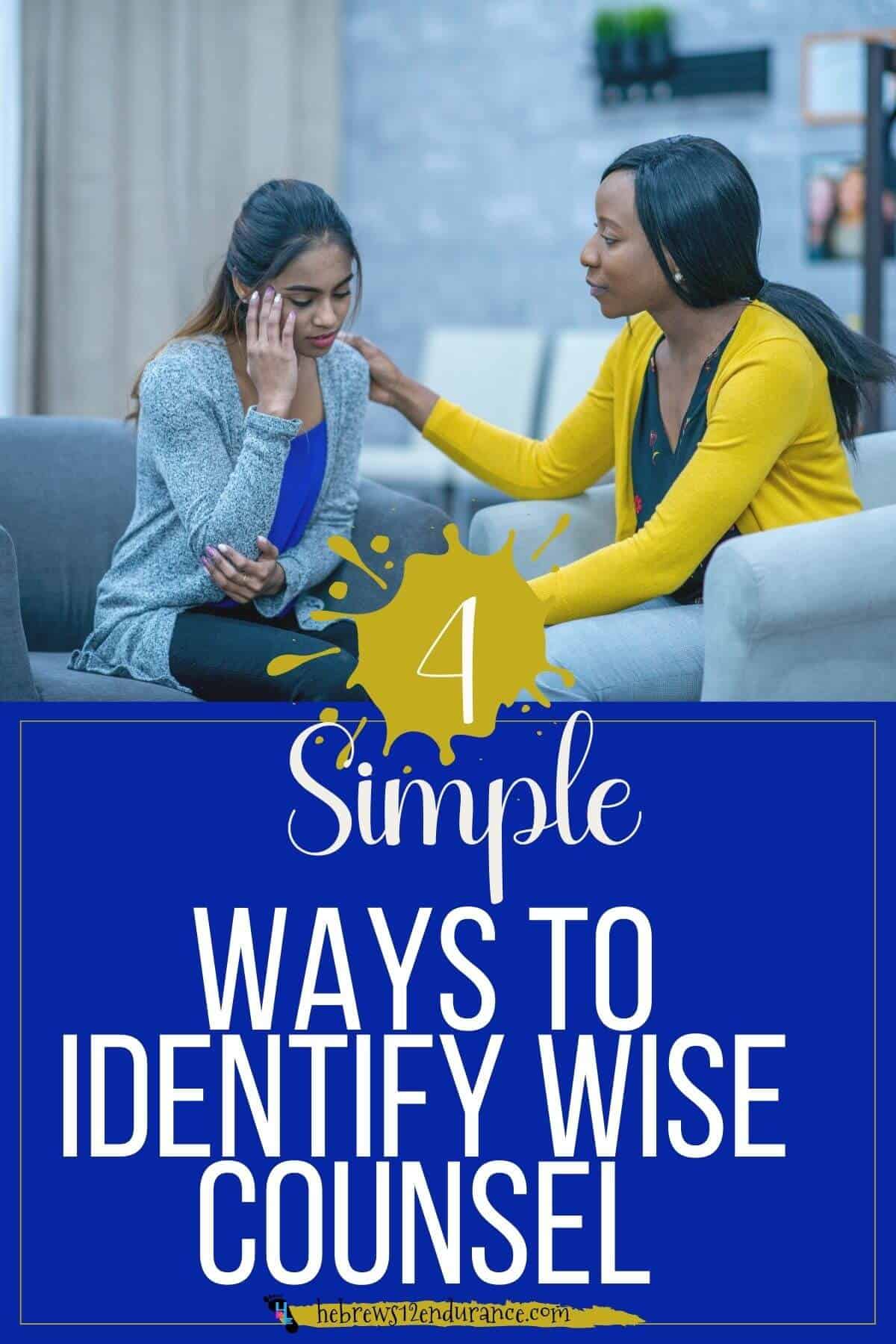