If God is so good, why does He allow suffering and pain? People suffer and experience trials because of sin. When God created the world, it was perfect. If you read the creation story in Genesis 1 and 2, you will notice that God had the same thing to say at the end of every day:

For two chapters, we get to bask in the glory of a perfect world, but then in Genesis 3, the devil struck. He deceived the woman by telling her that if she disobeyed God she would become like Him–knowing the difference between good and evil.

“For God knows that when you eat from it your eyes will be opened, and you will be like God, knowing good and evil” (Genesis 3:5 NIV).

While it is true that nothing happens outside of the will of God–He is not surprised by anything that happens but He is not necessarily the cause of it. To understand how this works, think about a parent-child relationship. As much as parents probably wish they could control the behavior of their children to the minutest detail, every child has free will–just as the parents do.

Parents can teach, chastise, correct, direct, threaten, punish, coerce, or any number of other activities to try to curtail their child’s behavior, but until the child makes a decision to do as they are directed by their parents, it will not be done. Now let’s picture a parent who has repeatedly told their child not to do a particular thing–for example, run in the house because there could be undesirable consequences like falling.

This has been said more than once. The child knows the expected behavior but chooses to run even though they were warned about the potential consequences. The parent sees the child running but decides to allow them to run and the child falls. Is it the parent’s fault that the child fell? Did the parent cause the child to fall?

I hope your answer is no and that you understand that while the parent was not the reason the child fell, the parent permitted it to happen. This is kind of how the permissive will of God works. He allows us to exercise our free will even though He knows there will be consequences because we chose a particular action.

Where Is God When We Suffer?

When bad things happen you may be tempted to ask, “Where is God when you need Him? Where is God in your tragedy?”

The beautiful thing about God is that He is not untouched when we suffer, God is with us even in the midst of our suffering. He waits patiently as our Father hoping we will turn to Him for encouragement and strength.

The Bible talks a lot about suffering. God knew that sin would lead to suffering. But there are still lessons for us to uncover how we can approach suffering.

We can rejoice, too, when we run into problems and trials, for we know that they help us develop endurance. And endurance develops strength of character, and character strengthens our confident hope of salvation (Romans 5:3-4 NLT).

Jamaicans like to say “wha’ nuh kill, fatten”. In other words, what doesn’t kill you will nourish you. Our struggles have the ability to tear us down if we let them. But if we persevere, we develop our characters. We become people who can point others to Christ.

But even if you should suffer for righteousness’ sake, you will be blessed. Have no fear of them, nor be troubled, but in your hearts honor Christ the Lord as holy, always being prepared to make a defense to anyone who asks you for a reason for the hope that is in you; yet do it with gentleness and respect, having a good conscience, so that, when you are slandered, those who revile your good behavior in Christ may be put to shame. For it is better to suffer for doing good, if that should be God’s will, than for doing evil (1 Peter 3:14-17 ESV).

Sometimes, our suffering will happen for “righteousness sake”. As Christians, we are called to be holy as God is holy (Leviticus 19:2). When we accept Jesus as our Lord and Saviour we begin the process of sanctification. God draws us to Himself and makes us holy. He allows trials and suffering because He hopes that it will purify our witness that we will become more like Him.

Why does God allow suffering? These Bible verses give us a hint. #hebrews12endurance #bibleverse #biblestudycommunity Click To Tweet

It is good for me that I have been afflicted, that I may learn Your statutes (Psalm 119:71 NKJV).

As the psalmist puts it, our trials give us the chance to learn God’s law. A lot of times we know what God expects but we aren’t always obedient. We don’t always do what we know we ought to do. But God uses our suffering to teach us His truth.

And we know that for those who love God all things work together for good, for those who are called according to his purpose (Romans 8:28 ESV).

God is able to use our pain to do good things. Just think about Joseph. His brothers sold him into slavery because they were so jealous of their father’s affection for him they couldn’t bear to be around him. Years later, God used Joseph to save his entire family from starvation.

In the book Dead Silence by Robin Carroll, the main character had a son who was a deaf-mute. She would eventually realize that some of the things she had experienced in her life worked out in her favor. God used them for good.

Elise Carmichael is a lip reader. She works in the courts as a sign language interpreter. One day, she “overheard” the plot to kill a US senator who happened to be her mother-in-law. But before Elise can report the crime, she gets a call that her son, a deaf-mute, had an accident and is in the hospital. Unfortunately for Elise, her mother-in-law is murdered before she can tell anyone what she had overheard.

The story starts fast and the pace is maintained throughout the book but there were some things that didn’t add up for me or were never explained.

For example, it seemed pretty easy to get to a US senator in her home especially one who had been fairly vocal about some very controversial issues.

I also did not like the way the FBI agents were portrayed. The impression given is that they are incompetent and unprofessional. The four amateur sleuths were able to solve a high-profile case while the Federal Bureau couldn’t. In a lot of ways, this book seemed more like a cozy than a true mystery complete with bumbling cops.

Know God–for much of the story, Elise didn’t have anything to do with God as she was still angry at Him for the losses she had experienced over the course of her life. Yet, in the end, she realized that what she had thought to be a curse was a blessing in disguise. Like her, we need to learn that God can handle our emotions and it’s better for us to take them to Him where we can find healing instead of cutting ourselves off from the source of our strength.

Know yourself–one thing I had to give Elise credit for–she had a strong sense of self. She was determined to do whatever it took to take care of her son. But with Elise’s story comes a cautionary tale–if our sense of self causes us to do bad or irresponsible things in the name of the “greater good” it’s time for a soul-check. It’s one thing to be strong and forceful and forthright but it should never be at the cost of anyone else.

Run your race–Elise and each of the characters in her amateur sleuth team had a specific role to play. They brought a certain skill to the table and none of them tried to take over the other person’s role. Like these characters, we have to figure out where we fit into the big picture. We have to figure it out and do that thing and only that thing.

I received an advanced reader’s copy from the publishers courtesy of Celebrate Lit and NetGalley; a positive review was not required.

Purchase your copy of Dead Silence. 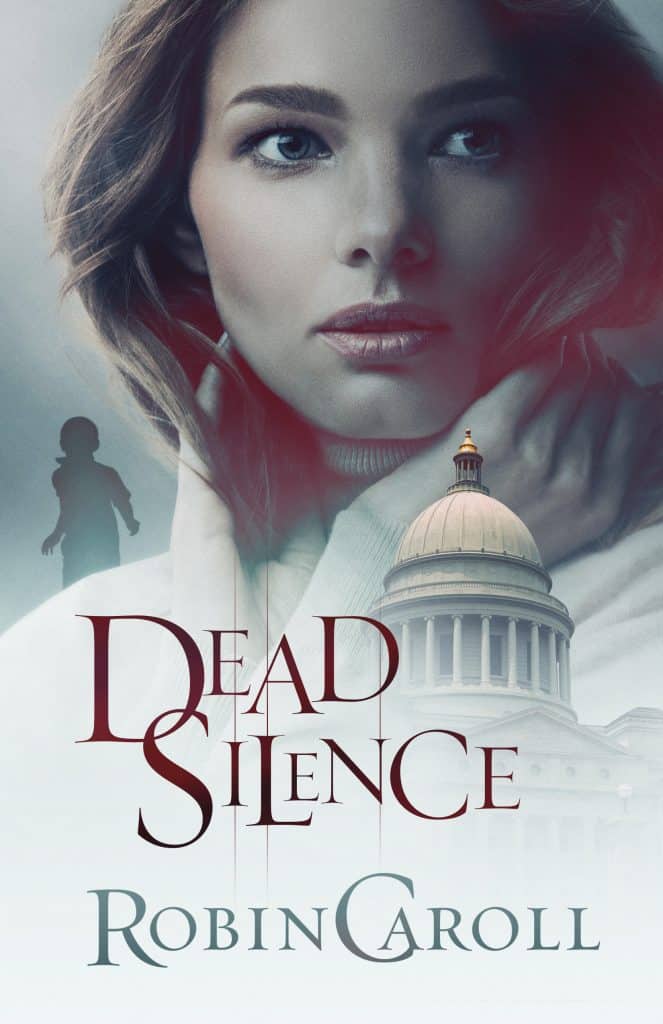 Political games can be deadly…

Elise Carmichael is a court sign language interpreter who reads lips all the time. As a widow with a young son who is deaf, lip-reading is simply second nature, until the day she reads the lips of someone on the phone discussing an attempt to be made on a senator’s life—a senator who just happens to be her mother-in-law.

Before she can decide what she needs to do, she receives the information that her son is rushed to the ER and she must leave. Then she later sees the news report that her mother-in-law has been shot and killed. But when she comes forward, her life, as well as her son’s life, may now be in the crosshairs of the assassin. 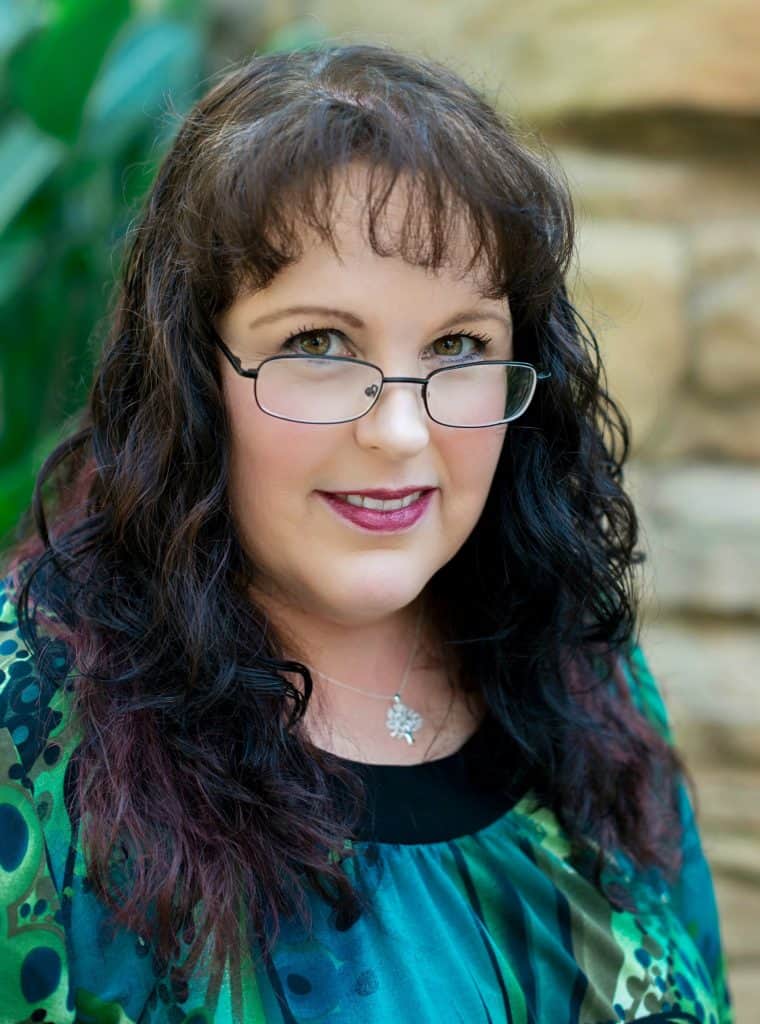 “I love boxing. I love Hallmark movies. I love fishing. I love scrapbooking. Nope, I’ve never fit into the boxes people have wanted to put me in.” Robin Caroll is definitely a contradiction, but one that beckons you to get to know her better. Robin’s passion has always been to tell stories to entertain others and come alongside them on their faith journey—aspects Robin weaves into each of her twenty-five-plus published novels.

When she isn’t writing, Robin spends quality time with her husband of nearly three decades, her three beautiful daughters and two handsome grandsons, and their character-filled pets at home. Robin gives back to the writing community by serving as executive director/conference director for ACFW.

Her books have been recognized in such contests as the Carol Award, Holt Medallion, Daphne du Maurier, RT Reviewer’s Choice Award, Bookseller’s Best, and Book of the Year. You can find out more about Robin by visiting www.robincaroll.com.

A Word from Robin About Dead Silence

Hi, there…Robin here. I’m getting so excited for the release of my thirty-fourth novel, DEAD SILENCE. I have to say, I love this book. The heroine is strong, yet flawed. Her love for her son—willing to do anything to protect him is a mother’s instinct I relate to so well, having three daughters and two grandsons. The love of a mother for her child is so ingrained in me that I wanted to share that in a story.

I’ve been asked why I opted for a heroine who is an ASL translator and who has a deaf son. Many years ago, I became friends with someone who is deaf. She shared with me some of her frustrations, but also how her way of life is in comparison to mine. It got me to thinking that being deaf could be thought of as a disability but could also be used as an advantage…it was all in how you looked at it.

My friend shared many stories of how she “eavesdropped” by reading lips and learned much about people and how they reacted to issues, enough that it led her into her career field today—a counselor, specializing in providing therapy for the hearing impaired as they live in a hearing world. I hope that I portrayed my characters in this positive light.

While I’m a Louisiana girl at heart, I reside in Little Rock, the capital city for Arkansas. Since Bill and Hilary Clinton lived here and claimed it home before Bill was President, we have many political plans and posturing here. I saw it as a perfect backdrop for this particular story with the political undercurrents running rampant throughout the story.

I hope that you enjoy reading Dead Silence as much as I enjoyed writing it.