The idea of identity is one that we must wrestle with for as long as we’re alive. Our experiences, circumstances, and the people we meet all have an impact on us. If you’re not careful, you’ll find yourself flipping between two extreme personalities. It, therefore, becomes necessary at some point to ask yourself the question, “Who do you choose to be?”

Do You Really Have A Choice About Who You Become?

We can choose who we become. We can decide who we want to be. Who do you choose to be?

Please don’t misunderstand me; there are some persons who go through some really hard things which will inevitably affect their future and everything in their lives. We can even argue that no matter how mundane life is, it will have an impact on the person you become.

We can choose who we become. We can decide who we want to be. Who do you choose to be? #hebrews12endurance #chosengeneration Click To Tweet

Yes, I agree wholeheartedly with that. The people we become have a lot to do with the experiences we have. But a lot of who we become is about how we choose to respond to the situation. It’s the reason two children who grow up in a volatile home respond to stressors in different ways–one chooses to fight while the other simply walks away.

And yes, we can argue that a lot of that is personality, but I want us to look deeper than that. Imagine you have free will. And while you don’t have control over the things that happen in your life or some of the things that are done to you, you can make a decision, who do you choose to be?

For Such A Time As This

Let’s look at an example from Scripture. A young Jewish girl is taken as part of a strange beauty pageant to find a replacement wife for a king. For some reason, she pleases him more than every other candidate and he decides to crown her his queen. Years pass by, and the king elevates one of his servants to second-in-command.

He orders everyone to bow before this man and everyone does, except for one man–a Jew. The king’s right-hand man gets so angry that the Jew did not bow before him that he decided to destroy all of the man’s people in a single day. Somehow he gets the king to agree to it and the king signs a decree that cannot be reversed.

But there’s a twist. The Jew who angered the king’s second-in-command is the adopted father of the new queen. So he gets a message to the queen and basically told her to go to the king and beg for the lives of her people to be saved. But you see, there’s a strange rule that if the king doesn’t call for you and you attempt to go into his presence, he can order your execution.

Unless he happens to be in a good mood and holds out his golden scepter to you.

And that’s what the queen told her adopted father, by way of a servant. Let’s tune in to the rest of the conversation:

When Esther’s words were reported to Mordecai, he sent back this answer: “Do not think that because you are in the king’s house you alone of all the Jews will escape. For if you remain silent at this time, relief and deliverance for the Jews will arise from another place, but you and your father’s family will perish. And who knows but that you have come to your royal position for such a time as this?”

Then Esther sent this reply to Mordecai: “Go, gather together all the Jews who are in Susa, and fast for me. Do not eat or drink for three days, night or day. I and my attendants will fast as you do. When this is done, I will go to the king, even though it is against the law. And if I perish, I perish” (Esther 4:12-16 NIV).

Don’t you just love the bravery of Queen Esther? It took a lot of guts to decide to put her life on the line. And we love to quote the phrase “for such a time as this” because it shows how God was working things out for his people.

But let me ask you a question, what if Esther had made another choice? What if she had chosen to ignore Mordecai’s plea and taken her chances in the hopes that when the Jews were slaughtered she’d be spared?

I’m not trying to undermine God’s Providence. I’m trying to get you to see that at that moment Esther had a choice. She chose to stand up for her people even at great risk to her own life. Imagine her looking in a mirror and asking herself, “Who do you choose to be?”

For Such A Time As This: Who Do You Choose to Be?

Your people may not be faced with mass genocide, but you still have a choice, who do you choose to be? You see, as children of God, we make this choice every single day. We choose to read and study our Bibles because we know it gives us the power to get through our days. We choose to ignore those who say the Bible is antiquated and no longer applies to our lives.

We choose to parent our children according to the standards of God instead of as the world teaches. We choose to treat people with respect regardless of their class, race, gender, or any other distinguishing factor. Each of these choices feeds into a bigger one. The choice of identity and the person we are in Christ.

This idea of us choosing who we become is prevalent in the Star of Persia. All three women–Vashti, Amestris, and Esther–had to decide who they wanted to become.

The story of Esther is one I’ve loved since I was a child. It was the perfect rags to riches story and I loved the idea of a queen who saved her people. But I have to admit, I’ve had mixed feelings about Vashti. Maybe it was because the Bible had so little to say about her. Or maybe it was because Esther’s story overshadowed hers.

Jill Eileen Smith humanized her for me. She took the material that I had studied about the culture of the Persians about the possible reasons for Vashti’s refusal and made it personal for me. Her treatment of Vashti’s character was done with compassion and eloquence and I will forever hold both Esther and Vashti in high esteem.

Know God–some of the questions Esther asked are still being asked today.  Does God truly care about us? Does he hear our prayers? Will he answer?

As she learned more about his character, her response changed. Yes, he cares. Yes, he hears prayers and yes, he will answer.

Read: Who Is God? Bible Study

Know yourself–Esther’s character did a lot of growing up. She went from a child who dreamed about marriage…to a woman desperate to have her own family…to the wife of a king.

Throughout the novel, we get a sense that at her core she was a woman of integrity. At the same time, there are characters like Amestris that are bent on destroying everything and anyone who gets in their way.

The reader is encouraged to make a choice: do you want to be a woman of integrity or one who is self-centered and narcissistic?

Run your race–what do you do when you face choices you wished you didn’t? Do you run away? Blame someone else? Or make the best decision you can and live your life being a role model for others? Who do you choose to be? Someone who saves lives or who takes them?

There was a lot of juxtaposition in this book. Amestris made choices out of her own selfish desires whereas Esther (and Vashti) did what was in the best interest of others. As I read I was able to see glimmers of how the choices affected each woman and the people around them.

I thoroughly enjoyed this retelling of Esther’s story. As you read this book, I encourage you to ponder the question, who do you choose to become. Purchase your copy of Star of Persia on Amazon. I received an advanced reader’s copy through the Revell Reads program; a positive review was not required.

About Star of Persia: Esther’s Story 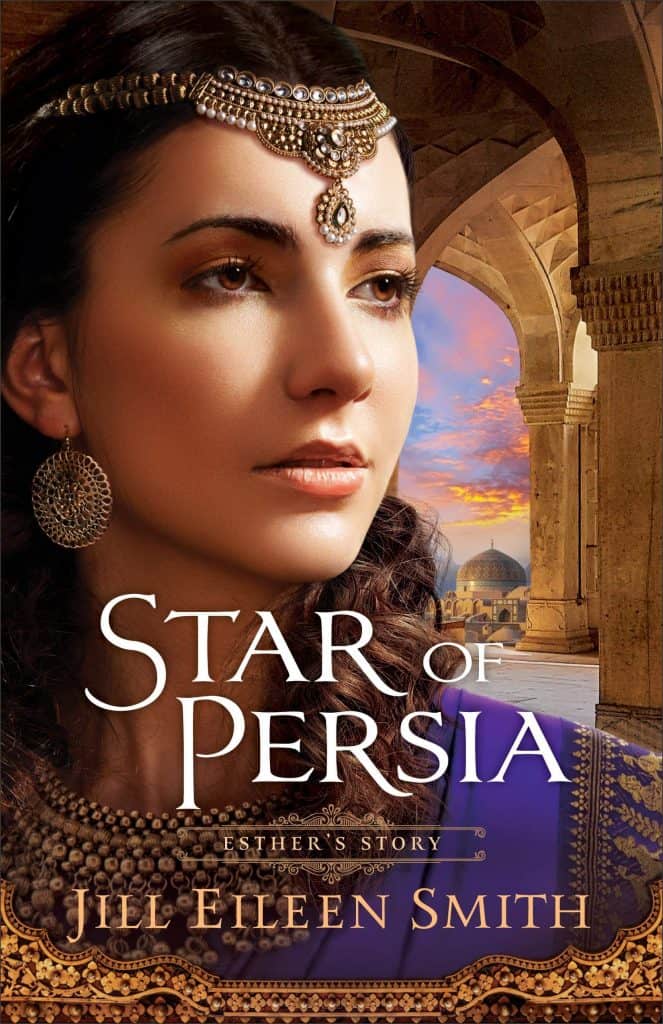 In an effort to complete a war his father had planned to win, King Xerxes calls every governor, satrap, and official in his vast kingdom to his palace in Susa to strategize and feast. When they finally leave, he decides on one more week of frivolity, which ends in the banishment of his favorite wife, something he never intended to do. But when he discovers Esther, Xerxes is sure he has a second chance at happiness.

In her wildest dreams, Esther could never have imagined that she would end up as queen of Persia. Yet she knows better than to become complacent. Another of Xerxes’ wives is vying for position, and his closest advisor has a deep and dangerous grudge against Esther’s adoptive father. Caught in the middle of palace politics, Esther will find herself in an impossible position: risk her life or consign her people to annihilation.

With her impeccable research and her imaginative flair, Jill Eileen Smith brings to life the romantic, suspenseful, and beloved story of Esther, queen of Persia. 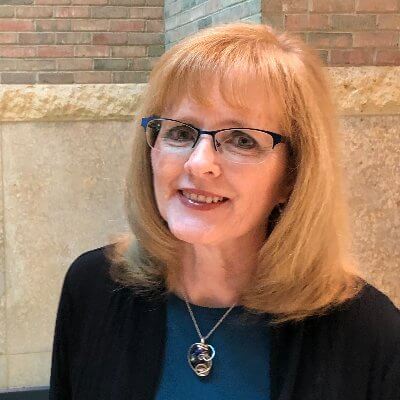 Jill Eileen Smith is the bestselling and award-winning author of the biblical fiction series The Wives of King David, Wives of the Patriarchs, and Daughters of the Promised Land, as well as The Heart of a King and the nonfiction book When Life Doesn’t Match Your Dreams.

Her research into the lives of biblical women has taken her from the Bible to Israel, and she particularly enjoys learning how women lived in Old Testament times. Jill lives with her family in southeast Michigan. Learn more at www.jilleileensmith.com.