What Is Your Legacy?

At some point in our lives, we start thinking about the mark we will leave on the world. How will we impact the people we meet and those we leave behind? No matter how young you are, it’s never too soon to ask the question, “What is your legacy?”

He was one of the greatest kings who ever lived. He was also:

How is it that this great king, this warrior who won hundreds of battles had such an out of control family?

It comes down to his focus. David focused on building up his kingdom. Unfortunately, his family paid the price. His life causes me to ponder this very interesting question: what legacy are we leaving for our children?

Normally when we think about our legacy, we think about tangible things – how much money, property or goods we are leaving for our heirs. But what about those things that we cannot see? For example, are we passing on a legacy of poverty to our children? Have we taught them that it’s okay to live for the moment without any thought to the future?

What Kind of Legacy Should We Pass On?

From a worldly perspective, we are taught that we need to give our children a good foundation. This usually means that we should give them the best education we can afford so that they can join the workforce and be productive members.  Our children should then grow up to be adults who work hard so that they can afford their mortgage, car note and expensive prep school fees. With the focus on the material is it any wonder then that more and more people are becoming disillusioned with this lifestyle?

As Christians, we have to ask ourselves another question: “Is this what God intended?” To find the answer to this question, let’s go back to the beginning of time:

In the beginning, God created the heavens and the earth (Genesis 1:1). After six days of creative genius, God says, “Let us make man in our own image” (Genesis 1:26). Immediately after making man, God put him in the garden and gave him a job. Adam was to tend the garden. Now I’m sure at that time there wasn’t a lot of tending to do, but God wanted mankind to have the responsibility of being a steward for something. God gave Adam the awesome job of naming all the animals.

During that process, God remarked that Adam was lonely and so he created a helpmeet – an ezer – for him. An ezer was someone who would be a strong supporter of Adam.

If we look at the example of the Garden of Eden, we learn that God wanted mankind to have a legacy of:

Long after humanity had sinned, God had this to say in Micah 6:8:

He has shown you, O man, what is good;
And what does the Lord require of you
But to do justly,
To love mercy,
And to walk humbly with your God?

God’s requirements did not change with sin. God still expected mankind to take care of what he had, foster good relationships with the people around him and to have a personal relationship with his Creator. 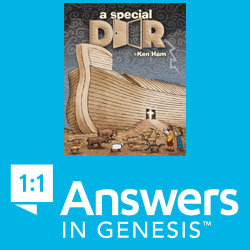 How to Pass On Your Legacy

If we are going to influence the world, we need to have an idea of how we can leave our mark on the world. Here are a few steps you can follow as you try to pass on your legacy:

Figure It Out Your Legacy

What will your legacy be? The first thing we have to do is decide what our core values are. What are those things that are important to us that we will not compromise on? Is it family? Trust? Integrity?

After figuring out what your core values are, you then need to decide what they look like in real life. For example, if trust is a core value it may mean that you never tell a lie, not even in jest.

Of course, we’re not going to say things like, “My core value is trust so your core value must also be trust.” (Unless of course, that’s how you usually talk). What you may say instead is something like, “Honesty is the best policy.” You may create your own mantra, or use a proverb.

One of the phrases my son hears a lot is:

“Every tub haffi siddung pon dem owna battam.” (Basically, this means “Every tub has to rest on its own base”.)

We’re trying to teach him that everyone will at some point be judged for their own actions. We do this because we want to teach him responsibility and accountability.

Talking about your core values is effective but not as effective as living them. We have to practice actions that line up with what we believe. We can’t say that trust is important and not be trustworthy.

David may have been a great warrior but he did not always model the kind of behavior that would create good core values in his children.

He was a polygamist. This trait was passed on to his sons. It was such a pronounced trait that Solomon, the son who succeeded him to the throne, was drawn into idolatry by his many foreign wives.

He did not discipline when necessary. We saw this in his relationship with Joab. David knew that Joab had done things that he should not have, which included murdering Abner (2 Samuel 3:22-39), but he did nothing to punish Joab for it. Later, Joab also murdered Amasa and was again allowed to go without punishment (2 Samuel 20:4-13). 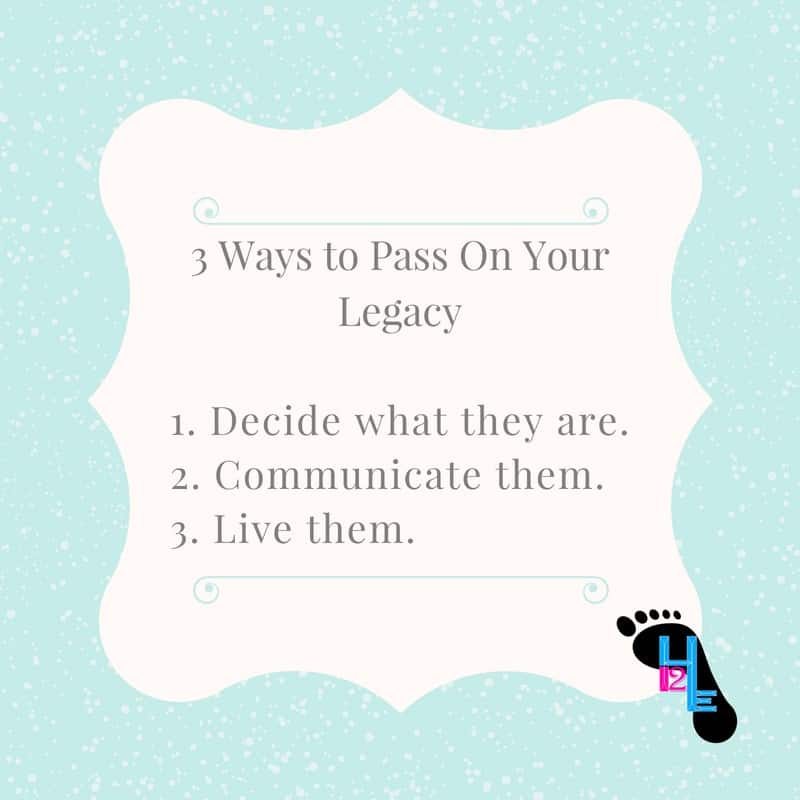 The unwillingness to discipline was also practiced with his sons as neither Amnon, Adonijah nor Absalom were chastised when necessary.

At the same time, David is the man that God calls the “man after His own heart”.  This was because he had a heart that constantly sought after the Lord. He cried out to Him when he needed help, he praised Him at all times.

What is your legacy? What legacy are you leaving for your children? What do you want them to adopt from you as their core values?