‘The Lord is longsuffering and abundant in mercy, forgiving iniquity and transgression; but He by no means clears the guilty, visiting the iniquity of the fathers on the children to the third and fourth generation’ (Numbers 14:18 NKJV).

In Joshua 2, we read the story of Rahab and the spies. The Israelites had spent 40 years wandering around in the wilderness and it was time for them to occupy the land God had given them.

Joshua sends two men to investigate Jericho and to figure out what kind of place it was. It so happens that the place the spies end up is in the home of a harlot, Rahab. Now let me tell you, for a people devoted to holiness, this was not an ideal place for them because a woman who made a living doing what Rahab did would have been considered unclean and condemned to death by stoning had she lived among the Israelites.

But what I love about Rahab’s story is that she was not the average harlot. She passionately defended the God of Israel. She had been excited about God, she did not consider that Jericho had a chance to withstand the Israelites. She knew Israel was going to defeat Jericho because of the might and power of Israel’s God. 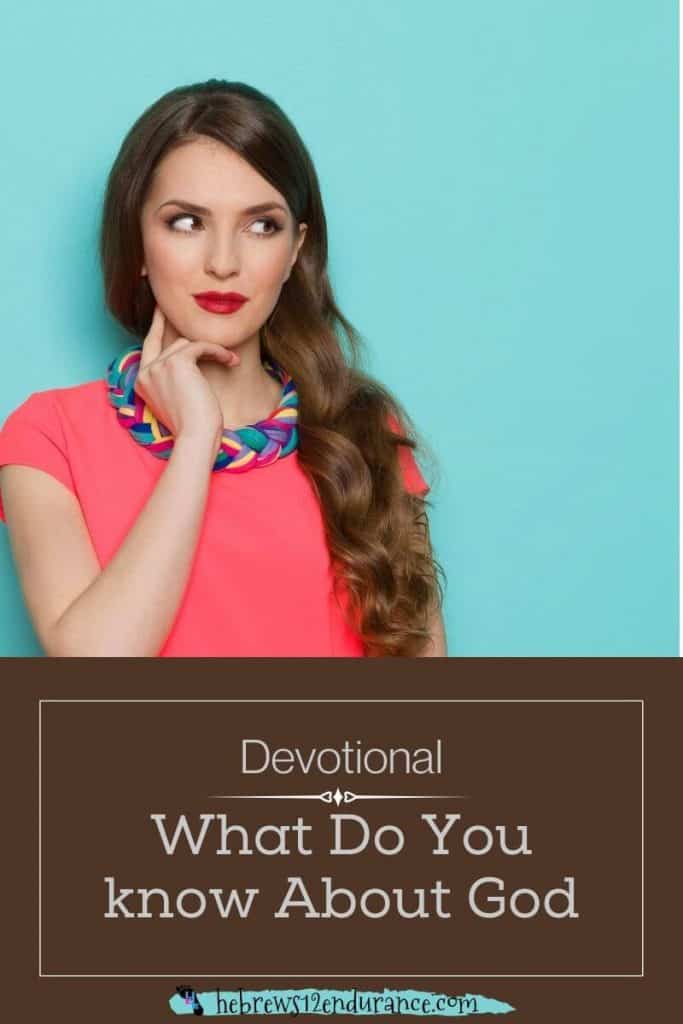 When she goes to the spies to beg for her life, she was all lit up about what God had done. She knew how He had delivered the Israelites from Egypt and how He dried up the Red Sea, how the Israelites had defeated the kings Og and Sihon. She had no doubt God would deliver Jericho into the hands of the Israelites.

Rahab didn’t put any stock in the strong walls of Jericho because she knew the God of Israel was greater. Rahab was a heathen woman living in a society where they had a god for everything. The idea of one God being Sovereign over all things must have boggled her mind. Yet, there she was, telling two Israelite men what she knew about their God.

What do you know about God?

If someone were to ask you about the character and nature of the God you serve, what would you say? Would you be able to passionately defend Him? In a world where people are passionate about everything from video games to movies, to food, do you get excited when you talk about God? Do the people around you know about the God you claim to serve?

Here are some things we should know about God:

My friend, God has made it possible for us to know Him. We see His hand in nature. He gave us the written Word that tells us not only the history of humanity but also what He expects from us and how much He loves us.

He has opened the doors of communication so we can come boldly into His presence and know that He sees us and hears us (Hebrews 4:16). Are you spending time to get to know the God of the universe?

My prayer for you, for us, is that we will seek the Lord while He may be found so that when we are asked about Him, we have a lot of good things to say.

Father, we come before You to give glory to Your name. We choose to seek Your face while You may be found because we know You are the God who sees, You are the God who hears. You are the Alpha and the Omega, the beginning and the end, without You, nothing and no one would exist so we give You praise.

Lord, we want to know who You are. We want to cultivate a relationship with You and so we ask that You reveal Yourself to us in fresh ways today and every day for the rest of our lives. Thank You, Father, for the ability to know who You are through Your Word, may we always choose to spend time reading and studying it. Thank You for hearing and answering, in Your name we pray, Amen.