As people, we need to believe in something. We need to have hope that there is something greater than ourselves. We need to remember that our redeemer lives.

Jesus and His disciples watched the funeral procession. The Widow from Nain was burying her son.

“A young man is dead,” they whispered.“He was the only son his mother had.”

“She must have committed some great sin,” they commented. “First her husband dies, now her son…

Did He look ahead and imagine His mother Mary going through a similar situation?

Was there a moment when He saw her heart’s desire and decided to restore her shattered dreams?

Whatever the reason, Jesus was moved with pity for this widow. “Do not weep,” he told her. “I am your Redeemer. I have redeemed you from despair and will recover your son from death.”

Then He came and touched the open coffin, and those who carried him stood still.

He Redeems What Was Lost

The Widow from Nain looked ahead and all she saw was darkness but the Redeemer came and provided light for her world.

She may have felt that her situation was hopeless but God looked down and gave her hope.

She was powerless to change her situation but the King of the Universe Himself was there to solve her problems.

She may have wished that she was the one in the coffin but God raised the dead. 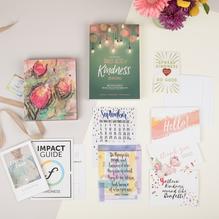 Like the widow from Nain, we sometimes get trapped in our despair. We limit God to the boundaries of our broken vision and shattered dreams…

But God is the Ultimate Potter. He can create something beautiful out of what had been destroyed.

We are clay in God’s hands. We need to submit ourselves to His will as doing so will produce the vessel that He intends.

If you want to submit to God’s will, tell us what submission looks like to you in the comments below.