The Hidden Hand of God

God has promised that He will not leave us or forsake us. But in the midst of our trials, God can seem really hard to find. It is in those moments we need to look for the hidden hand of God.

The Hidden Hand That Saves

“God is a symbol.” I was fascinated by the interview. Until she said those words. Then, I only felt pity. Despite all her accomplishments, she couldn’t see God’s hand in her life.

She grew up in Egypt, at a time when women were seen as secondary citizens. She was “circumcised” at age 6 by having her clitoris cut off. She remembers the pain and the shame but God saved her from bleeding to death.

She should have been married at age 10, but God gave her a degree instead of a husband. Her father insisted that all his children be educated – regardless of gender – in a time when females were to be seen but not heard.

The Hidden Hand At Work

She obtained her degree in medicine and was put in a position that she was able to see first-hand the experiences of other women in her country.

She saw the suffering of other women and thought about oppression and inequality; but how many women were inspired when they saw a female doctor? How many of them looked at her and saw a glimmer of hope for their gender?

She has experienced renown and recognition as a doctor, a teacher, a political activist, a director of public health. She has three honorary doctorates. Why? Because God allowed it. God kept her alive so that she could be a voice crying out against the victimization of His people.

He kept her while she was held as a political prisoner. He shortened her sentence so that she was only behind bars for three months. He kept her when her life was threatened and she had to flee her country.

It’s so sad that the woman who once wrote a letter to God crying out against the inequalities of her society was able to say after 80 years of living that “God is a symbol.”

Her story reminds me of the parable of the sower and the seeds (Matthew 13:18-23). Some of us receive the word with joy, but because of the circumstances that we find ourselves in, we are unable to see God’s hand working in our lives. We close our eyes to the sunsets and choose to focus on how the glare hurts our eyes.

In doing that we allow the enemy to swoop in and rob us of our joy, our energy, our faith, our salvation. We give up before we get to the end of the race. We tell ourselves there is no God because if there was, there would be no pain. And that’s in our future.

God promises to wipe away all our tears and all pain and all sorrow and all fear (Revelation 21:4). But for right now, we have to find God in the now. We have to see Him in the mundane, simple things and in the extra-ordinary things that happen every day. 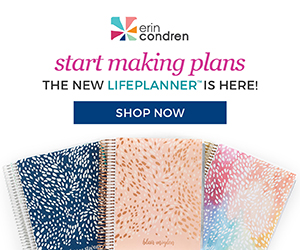 Lord, thank You for keeping me under the shadow of Your right hand. I ask that You open my eyes to see You working in my life and in the lives of those around me. In Jesus’ name. Amen.

Do we get preoccupied with our daily lives to the point that we forget how truly blessed we are? Take a minute to think of five small things that God has done for you today (for example a sunrise or sunset).