“I will give you a new heart and put a new spirit within you; I will take the heart of stone out of your flesh and give you a heart of flesh.” Ezekiel 36:26 NKJV

The prophet Ezekiel was one of the captives who lived in Babylon. He got his first vision in the fifth year of King Jehoiachin’s captivity (Ezekiel 1:1-2). Despite the warnings of prophets such as Isaiah and Jeremiah, God’s people did not turn away from the idols they had begun to worship in the Promised Land. Instead, they turned their backs on God and whole-heartedly pursued the desires of their hearts.

When God had given the Israelites the land of Canaan, it was because He had wanted them to be an example to the people around them. They were to be a shining example of what it meant to serve the true God…and once in a while, they were.

But years of wrong choices had taken a toll. They had drifted away from their principles and the one true God. Now, captives in a land far away from home, the Lord spoke to His people through Ezekiel.

I would like to tell you that the Israelites took stock of their new circumstances as captives in a foreign land and listened to Ezekiel and turned to God but that’s not what happened. The prophet Ezekiel repeatedly spoke about the idolatry of the nation and the people’s refusal to serve the Lord.

God Will Give You a New Heart Meaning

God also had a message of hope for His people. There would come a day when they would be given a new heart and the Spirit of God would reside in them.

“I will give you a new heart and put a new spirit within you; I will take the heart of stone out of your flesh and give you a heart of flesh.

“I will put My Spirit within you and cause you to walk in My statutes, and you will keep My judgments and do them.

“Then you shall dwell in the land that I gave to your fathers; you shall be My people, and I will be your God. Ezekiel 36:26-28 NKJV

The word translated as heart is the Hebrew word lêb, (pronounced labe). Lêb is used to refer to the inner man, feelings, will, or intellect. It is synonymous with the way we use “mind”.

My friend, God will give you a new heart if you ask Him. The new heart God promised His people became possible through the work of Jesus Christ and the Holy Spirit. And that’s not all, because of Christ, all of us have the opportunity to become a part of God’s family.

Father, I come before You knowing that I have not been perfectly obedient. I have gone astray and done what I thought was right instead of what You have instructed. Forgive me. Help me to listen and obey. Remove my heart of stone and give me a heart of flesh so I may know You and obey You perfectly. In Jesus’s name, I pray, Amen. 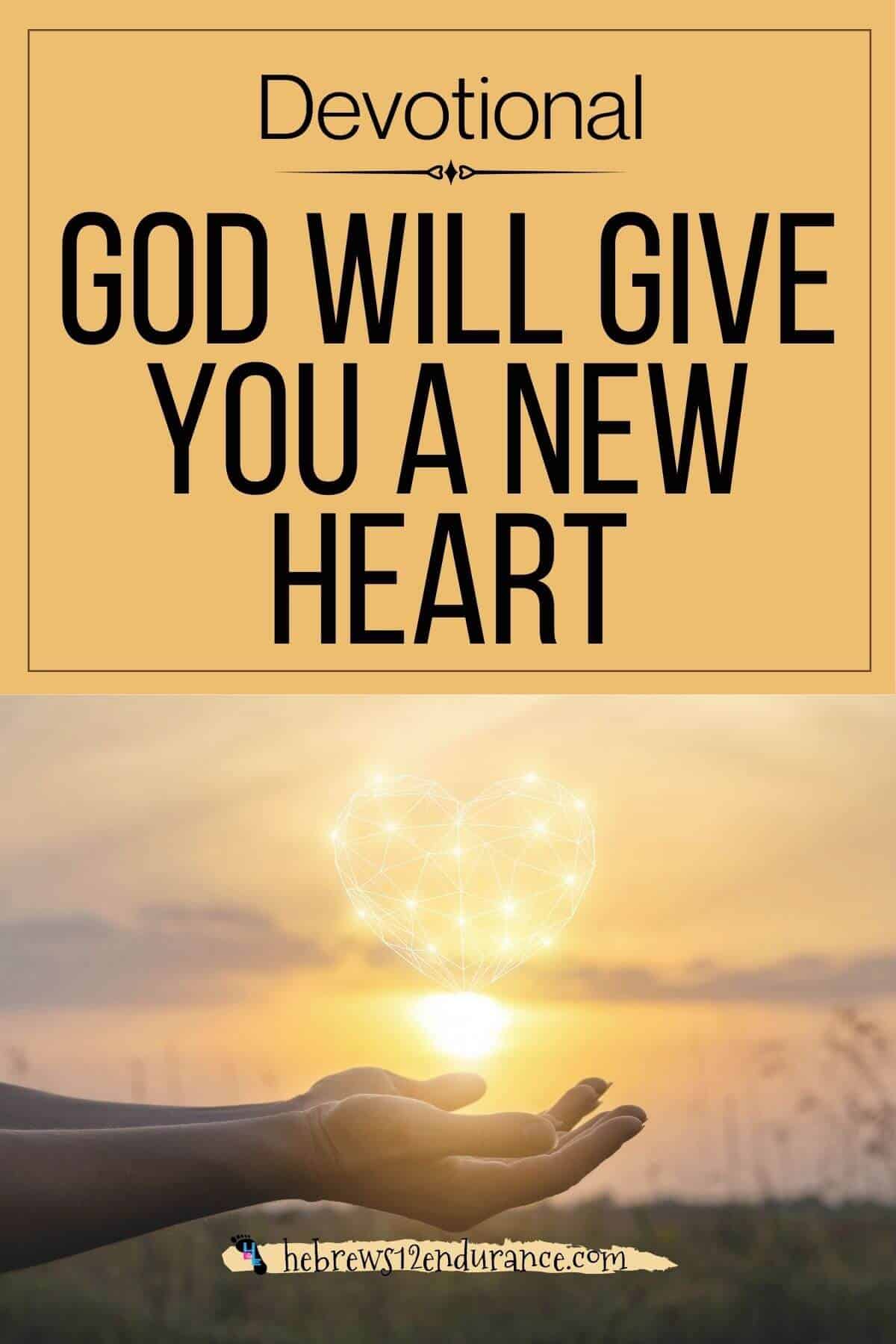