And Mary said, “My soul magnifies the Lord, and my spirit rejoices in God my Savior, for he has looked on the humble estate of his servant. For behold, from now on all generations will call me blessed; Luke 1:46-48 ESV

Approximately 2000 years ago, an angel appeared to a young girl in a town called Galilee (Luke1:26-27). This young girl was Mary, the mother of Jesus, and her obedience set in motion one of the greatest miracles the world had ever experienced.

The angel Gabriel had first been sent on a mission to Mary’s cousins, Zechariah and Elizabeth. Though they were advanced in age, they would have a baby (Luke1:5-25). Now Mary would have her own miracle: though she was a virgin, she would have a child (Luke 1:28-35).

Here’s the wonderful thing: this child would be the long-awaited Messiah, the Son of God. For centuries,  the prophets had foretold of a man who would be born who would take away the sins of the world (Isaiah 7:14, Micah 5:2, Isaiah 9:6,7).

What was special about Mary mother of Jesus

A lot of us read the story of Mary, mother of Jesus but we don’t consider the full implications. An unmarried virgin was going to become a mother in a society that stoned people who committed adultery. There was no real place for a woman without a husband as the woman’s primary role was caretaker of the family.

Mary would have been ostracized, accused, abandoned, and possibly stoned to death but she believed God. And her task wouldn’t end when she gave birth. She’d be responsible for the Son of God!

Think about it for a second: though Jesus was God, He chose to come to earth as the most vulnerable of human beings–a baby. He would have to be fed, changed, taught, and cared for until He got to an age where He could do so Himself.

This would have been a great responsibility for Mary, a woman who didn’t even know if she’d have a husband to help her with the child. She would be the mother of Jesus, the Messiah, the Son of God. Can you think of a more awesome responsibility?

What I love about Mary is that she didn’t back down. When the angel told her she had been chosen to be the mother of God, she was understandably confused. After all, she’d never been with a man. But once the angel explained the role of the Holy Spirit, she gladly accepted the role to become the mother God,

“I am the Lord’s servant. May everything you have said about me come true.” Luke 1:38 NLT

My friend, you and I can learn a lot from  Mary the mother of Jesus about trusting God to see us through His assignments. When God assigns us a task, we should remember that it is an honor to be chosen and we should willingly accept it.

As we ponder Mary’s story, let us remember that we serve a mighty God and nothing is impossible with Him (Luke 1:37). He is capable of accomplishing great things and that includes whatever tasks He has appointed you with.

Father, we are grateful that nothing is impossible with You. Help us to remember that when things seem difficult and we’re about to lose hope. Thank You for always being available to help us, in Your name we pray, Amen. 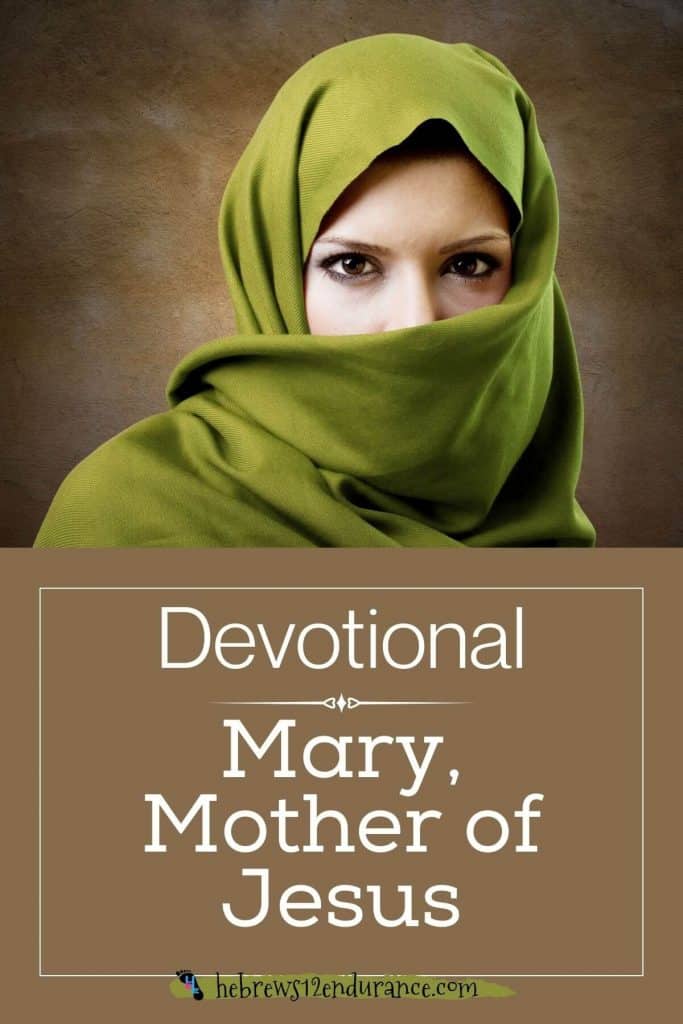