There is a strong correlation between Matthew 15 and the lessons learned in Leviticus. Remember Leviticus 19:3 when the Israelites were encouraged not to curse their parents? Here is the result of their disobedience.

Chapter 15 – The Doctrines of Men

·        There is a strong correlation between this chapter and the lessons learned in Leviticus. Remember Leviticus 19:3 when the Israelites were encouraged not to curse their parents? Here is the result of their disobedience.

·        The things that come from the mouth show the condition of the heart – the heart condition is what defiles a man – not his speech.

·        A Canaanite woman’s daughter is healed because of the greatness of her faith.

·        Remember the whole point of Leviticus? It’s about the heart. If the heart isn’t right it doesn’t make any sense – drawing near with our mouths but being far from a relationship with Him does not please God.

I had a very interesting conversation at lunch the other day… actually it was less of a dialogue and more of a case where I was put on the spot and in a position where I had to defend my beliefs.

In order for you to really understand what happened, I have to give you a quick description of the location. There is a group of small huts on a strip of a road near my office that offers food for sale.

This particular hut is set up in such a way that you order your lunch at one window and pay for it and collect it at another.

At the first window, you are able to look inside the hut at the stove as well as all the pots and pans that contain the food. There are two men that serve the dual purpose of server/cooks. At any given lunchtime, there are at least three other persons waiting to be served or to receive their meals. 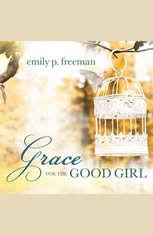 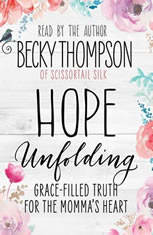 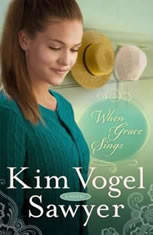 So that’s where I was when one of the server/cooks looked at me and asked, “What church do you go to?” I have to admit, I paused. I had been coming to this hut for a few months now and this was the first attempt at having any form of conversation outside of, “What do you want to eat?”

“I’m Adventist,” I replied. And so it began.

“The law is abolished you know. We’re under grace.” He stated.

“It was always grace,” I replied.

“We are now saved by our faith.” He said.

“It was always faith,” I responded.

“But you don’t believe in the Holy Ghost-“

“That’s not true,” I interjected.

“Yes, but you don’t speak in tongues

At this point, I could clearly see the road that the conversation was taking. “Sir,” I said in my friendly customer service voice. “I’m not the best person for a debate on what Adventists believe. I believe in Jesus Christ who is my Lord and Savior. He’s the one I serve and I obey what He tells me to do.”

Afterward, I analyzed every word of my conversation … I’m analyzing it even now. Did I say the right thing? Did I respond in a way that gave honor to God?

See, I have this belief – I think that as Christians we argue too much among ourselves. We allow ourselves to get caught up in arguing points of doctrine. With. Each. Other.

Isn’t it better for us to agree that Jesus Christ is the Son of the Living God and that He came and died for our sins?

I know you’re wondering, what does this long story have to do with Matthew 15? Well, I started writing with the intention to talk about the Canaanite woman in Matthew 15:21-28 but somehow got caught up in verse 6:

“Thus you have made the commandment of God of no effect by your tradition.”

The Pharisees and the scribes were good at telling the Israelites what was expected – only they failed to do it from a God-perspective and instead did it from a man-perspective. You see, they got so fearful of losing the favor of God that they tried to break obedience to God down to a formula:

And the list went on. Sometimes we do the same thing today.

We forget that it’s all about Jesus. His sacrifice. His life. Had it not been for the fact that He willingly came to die for my sins and yours – then none of us would be saved.

Jesus’ compassion for humanity was so great that it led to Him laying down His life. Oh, the grace reaching out for us – we don’t deserve it. But it is in recognizing and accepting that grace that we are saved.

Remind me – remind us – who are called by Your name that it’s about grace and the great love that You have for us. Thank You for loving us and help us to love our neighbors as You loved us. In Jesus’ name. Amen.