Have you ever stopped to consider what the Bible has to say about marriage? I’d like to share five lessons I learned by studying marriage in the Bible.

What is the Importance of Marriage in the Bible?

In today’s society, it’s not unusual for people to cohabitate before marriage. In other cases, people marry and divorce without considering how sacred this institution is.

God created marriage because the aloneness of man was the only thing in all of creation that He considered “not good”.

And the LORD God said, It is not good that the man should be alone; I will make him a help meet for him (Genesis 2:18 KJV).

We should pay attention to the fact that God created a partner specifically for Adam. Eve was to be his helpmeet, the one who helped him. The word translated as helpmeet is the Hebrew word ʻêzer, (pronounced ay’-zer) which simply means aid or help.

God didn’t expect Adam to bear the responsibilities of living on his own. He knew Adam would need companionship for those times when God wasn’t physically with him.

Lessons from Marriages in the Bible

Now that we understand its importance, let’s talk about some of the lessons we can learn from the Bible about marriage.

The Oxford Dictionary defines commitment in the following ways:

Interestingly enough, each of these definitions applies to marriage. We make a pledge to choose the other person alone for the rest of our lives. Each partner must be dedicated to the health and success of the marriage in order for it to thrive. And yes, there is some restriction of movement. We must be conscious that everything we do from the moment we say “I do” affects not only ourselves but our spouses as well.

One of the first things that was said about marriage refers to this commitment:

Therefore a man shall leave his father and his mother and hold fast to his wife, and they shall become one flesh. Genesis 2:24 ESV

Our allegiance changes slightly, no longer do we defer to our parents but our spouses.

2. Each person has to know what they believe and why. Our core values affect the things we do and how we do them, but many times we don’t stop to think about why we believe a particular thing.

When the devil tempted Eve in the Garden of Eden, she was asked about the fruit from the tree of the knowledge of good and evil. Her response was,

Because we have access to the words God said when He told Adam not to eat the fruit of that tree (Genesis 2:16-17) we can immediately recognize Eve’s addition to the original command. There was no mention of touching the fruit.

The devil’s next words cast doubt in Eve’s mind about God’s rationale for barring them from eating the fruit of the tree of the knowledge of good and evil. Had she thought about why God had restricted their access to the tree? Had she thought touching the tree would result in her immediate death? Did she even know what it meant to die?

The Bible doesn’t say but the lesson from Eve speaks just as clearly: we have to know why we believe the things we do. And we must be prepared to defend it.

3. Learn to occupy your time wisely. What do you do when you have a spare moment? I don’t know about you but I’m constantly having to fight against the lure of social media. Something about scrolling cause the time to pass in an instant and five minutes can easily turn into an hour. But as God’s people, we have to choose to occupy our time wisely and well.

King David has a moment in his life that sticks out as what happens when you’re not where you’re supposed to be. The story of David and Bathsheba would probably have never happened if David had been on the battlefield like he was supposed to be (2 Samuel 11:1).

This idea of following one’s spouse is evident in Mary and Joseph’s marriage. In the first few years of Jesus’s life, they lived in three different places. I know there was a valid reason and the Bible doesn’t give us the details but can you imagine how different the story would have been if Mary had dug in her heels and decided she was comfortable in say Egypt and decided she was not going to move?

One of the lessons we learn from Mary and Joseph is that it’s easier for a wife to follow her husband when she knows he follows God.

5. Make peace with your mother-in-law. Mothers-in-law have gotten a bad rap in the media thanks to movies like Monster-in-law and My Big Fat Greek Wedding. They are portrayed as overprotective and bossy women who never believe their child’s spouse is good enough for them. And in some cases, the portrayal is accurate. But there are also women who respect their child’s right to choose the spouse and do their best to support the marriage.

Regardless of the case, we need to learn to respect our mothers-in-law. One of the best portrayals of what this relationship can look like is found in the book of Ruth. After the death of her husband, Mahlon, Ruth remained committed to her mother-in-law which serves as a testament to their relationship.

How do you feel about your mother-in-law? What can you do to improve the relationship?

Marriages in the Bible Study

When I first started this blog I spent 30 days studying marriage in the Bible. Those lessons were later compiled into my book Through God’s Eyes: Marriage Lessons for Women. If you’re interested in reading more of what I learned about marriage in the Bible, you can purchase a copy of the book on Amazon.

What lessons have you learned about God’s view of marriage? Share them in the comments below. 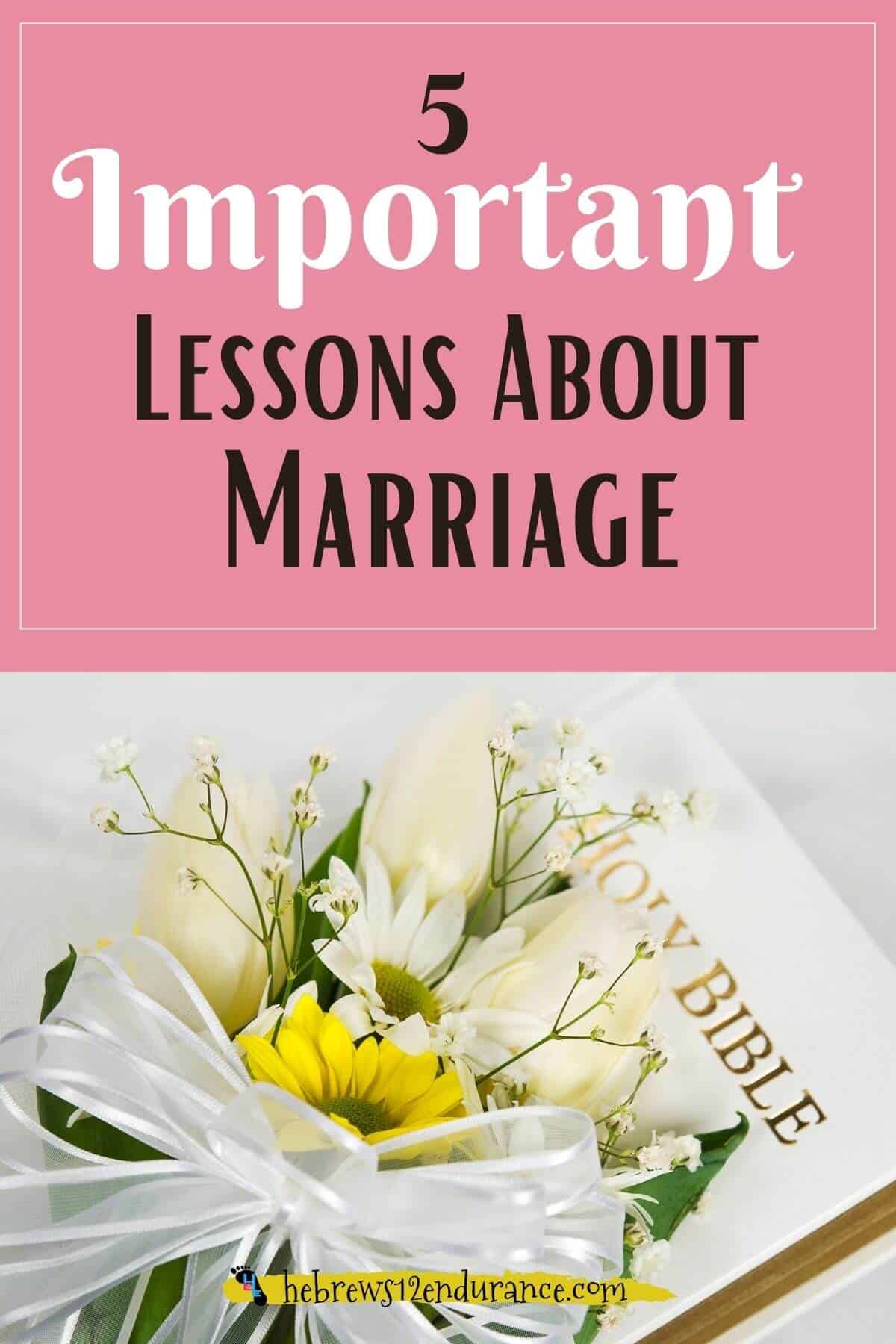