“I have blotted out your transgressions like a cloud and your sins like mist; return to me, for I have redeemed you.” Isaiah 44:22 ESV

What comes to mind when you hear the phrase “let us reason together”? You probably think of two people or more having a conversation where they share thoughts and ideas.

In Isaiah 1:18, the Lord gave His prophet a message for the people of Judah and Jerusalem,

But even when the kings served the Lord, the people of Judah remained stiff-necked and disobedient. The Lord’s message to Isaiah began with strong words for the Judeans, even the animals knew how to serve their masters better than they did (Isaiah 1:3-4).

The people of Judah had committed a long list of sins against God (Isaiah 1:4-15). Their sacrifices were no longer pleasing to Him and He threatened to close His ears to their prayers (Isaiah 1:15). Yet, despite their actions, God wanted to have a conversation with His people. He gave them a list of things they could do to please Him (Isaiah 1:16-17) and offered an invitation, “Let us reason together”.

What does let us reason together mean?

A quick look at a dictionary or the Hebrew word for reason will show you several synonyms for the word: explanation, justification, convince and argue.  Each of these synonyms requires conversation and a willingness to listen to the other person’s viewpoint and explanations. God was not accusing His people either just cause. Rather, He pointed out the areas they were doing poorly in, gave suggestions for improvement, and invited them to have a dialogue with Him.

And He didn’t stop there. He went on to promise that He would blot out their sins and bless them again if they would choose to obey Him. If they continued to disobey, there would be consequences.

My friend, the simple explanation of Isaiah 1:18 is that God wants a relationship with us. He knows the condition of our hearts and that we’re sinful creatures. He’s willing and able to make our sins as white as snow. God is issuing you an invitation, He’s saying to you, “Come, let’s reason together”, will you accept His invitation?

Father, thank You for the invitation to enter into a relationship with You. I want to accept it so I’m asking You to remove any obstacles in my way. In Jesus’s name, I pray, Amen. 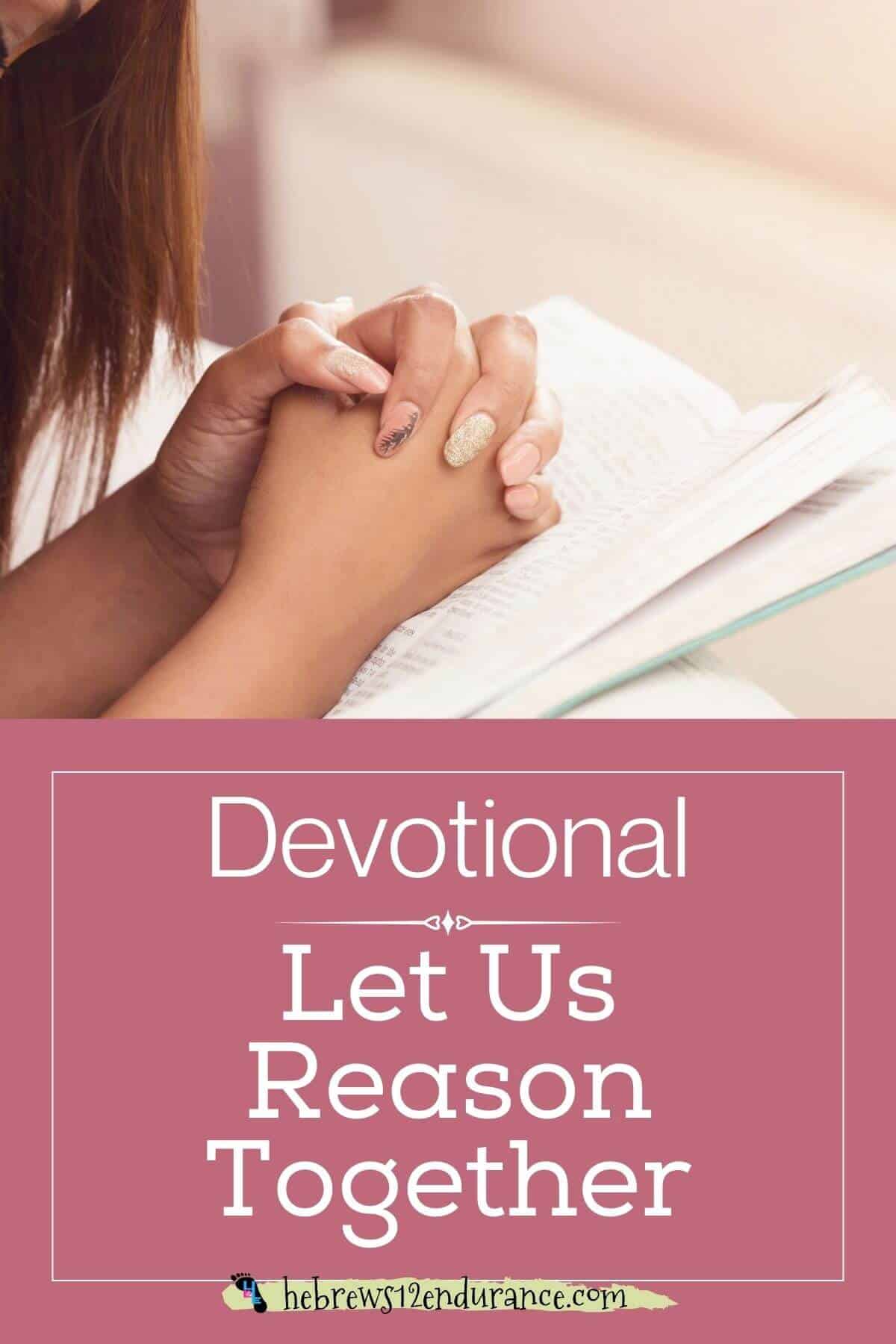 4 thoughts on “Let Us Reason Together”