Rejoice greatly, O daughter of Zion! Shout aloud, O daughter of Jerusalem! Behold, your king is coming to you; righteous and having salvation is he, humble and mounted on a donkey, on a colt, the foal of a donkey. Zechariah 9:9 ESV

In the final year of His ministry, Jesus and His disciples traveled to Jerusalem to celebrate Passover. As He neared the city, He sent two of His disciples ahead to borrow a colt that was tied up.

The disciples brought the animal to Jesus and covered it with their garments before He sat on it. As He entered Jerusalem, scores of people spread their garments and palm trees on the ground as they praised God. The people cried out,

“Hosanna to the Son of David!
‘Blessed is He who comes in the name of the Lord!’
Hosanna in the highest!” (Matthew 21:9 NKJV)

While the word “hosanna” is an adoration or praise, it also means “oh save”. The people were praising God and asking Him to save them. The Messiah had come to save them which was a great reason to praise God. Instead of being awed by the glory of God, the scribes and Pharisees were not amused. They wanted Jesus to rebuke His followers for saying the things they did. But Jesus did not. He countered that if the people didn’t cry out, the rocks and stones would. Can you imagine how shocked everyone would have been if that had happened?

Why was Jesus on a donkey?

But what’s the big deal about Jesus and the donkey? Let’s think about it for a second. Jesus either walked or took a boat/ship to wherever He was going. There are no other records in the Bible of Him riding an animal.  But Jesus sat on a donkey so the words of the prophet Zechariah could be fulfilled.

Rejoice greatly, O daughter of Zion! Shout aloud, O daughter of Jerusalem! Behold, your king is coming to you; righteous and having salvation is he, humble and mounted on a donkey, on a colt, the foal of a donkey. Zechariah 9:9 ESV

The scribes and Pharisees studied the Law of God. They had the writings of Moses and the Prophets, in other words, the Old Testament, yet they failed to see the bigger picture.

If you read any of the gospels, but especially Matthew’s, you’ll see instances where the authors compared Jesus’ actions to what was prophesied about the Messiah. This was their way of showing that the promises of God were fulfilled in Jesus.

Jesus riding on a donkey was a sign that the long-awaited Messiah had come to Jerusalem but the people had missed it because He didn’t come the way they’d expected Him to.

My friend, the people of Jesus’ time misunderstood the symbol of Jesus on a donkey. Let us not do the same. Instead, let’s remember that God always keeps His promises and not get so caught up in appearances that we miss the fulfillment of them.

Father, thank You for always keeping Your promises. Open my eyes so I can see the fulfillment of them even when they don’t happen the way I expected. In Jesus’s name, I pray, Amen. 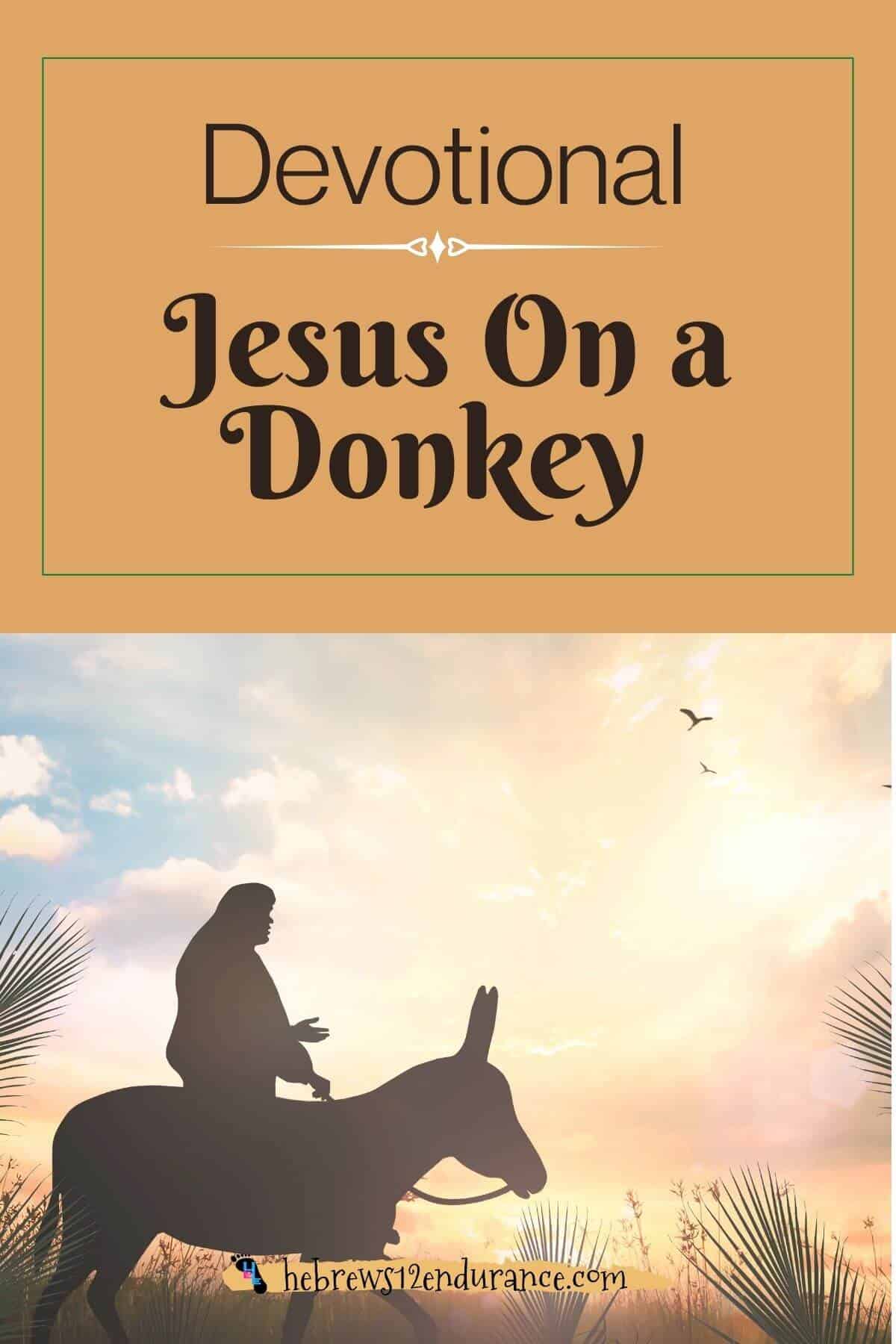