Skip to content
We can learn a lot by studying the characters in the Bible. One character whose faith stuck out to me recently was Jochebed, Moses’ mother. This woman made a sacrifice to save her son that we often overlook. So let’s look at Jochebed’s life to see what lessons we can learn from her.

There is a lot written about Jochebed’s sons Moses and Aaron and even her daughter, Miriam, but there isn’t much about her. For that reason, we have to utilize other techniques to learn more about her.

In the Bible, the meaning of a person’s name can tell you something significant about their character or the role they play in the story. Jochebed is no exception. Her name is the Hebrew word Yôwkebed, (pronounced yo-keh’-bed) and means Jehovah-gloried or whose glory is Jehovah. Isn’t that awesome? I love the way her name hints at how God used her to save the child who would eventually become the man God used to deliver His people from Egyptian bondage.
Most persons don’t think of Jochebed when they think about the heroes of faith. If you search for her name on BibleGateway.com, you will find exactly two references and both of them, on the surface, seem insignificant. 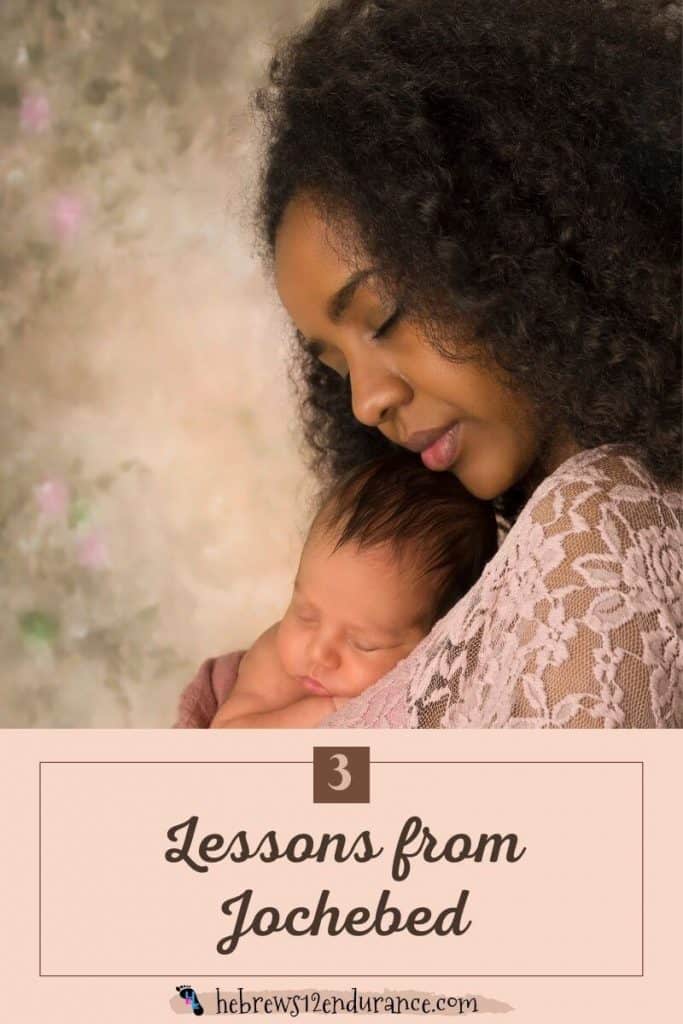 Now Amram took for himself Jochebed, his father’s sister, as wife; and she bore him Aaron and Moses. And the years of the life of Amram were one hundred and thirty-seven. Exodus 6:20 NKJV

The name of Amram’s wife was Jochebed the daughter of Levi, who was born to Levi in Egypt; and to Amram she bore Aaron and Moses and their sister Miriam. Numbers 26:59 NKJV

You may be tempted to disregard what appears to be little more than a wedding announcement. Why would God want us to know this? Let’s look at the information we learn from these two verses.

When we read the story of Moses’ birth in Exodus 2, though she is not mentioned by name, we learn a bit more about Jochebed.

When Jochebed had her first two children, there had been no need to hide them. But, by the time she had her second son, the situation had changed. The Pharaoh of Egypt had begun to fear the Israelites. He was worried they would ally with his enemies. If they did, it would mean sure defeat for Egypt because there were a lot of Israelites.

If she had a daughter, everything would be fine. But if she had another son… he would be killed. I imagine troops of Egyptian soldiers patrolling the land. They examined every woman. They made note of women who were pregnant and visited their homes often – demanding to see the child as soon as it was born. They seized every boy child who was born in Goshen. But Jochebed –

Somehow, she managed to conceal her son for three months.

Though very little was said about Jochebed in the Bible, we can learn a few things from a character study of Jochebed.

We are told in Hebrews 11:23 that Moses was hidden by his parents because they saw he was a beautiful child. Their love for their child was greater than the fear they had for the king’s command.

As you read her story in Exodus 2:1-10, try to imagine how she may have felt.

And a man of the house of Levi went and took as wife a daughter of Levi. So the woman conceived and bore a son. And when she saw that he was a beautiful child, she hid him three months. But when she could no longer hide him, she took an ark of bulrushes for him, daubed it with asphalt and pitch, put the child in it, and laid it in the reeds by the river’s bank. And his sister stood afar off, to know what would be done to him.

Then the daughter of Pharaoh came down to bathe at the river. And her maidens walked along the riverside; and when she saw the ark among the reeds, she sent her maid to get it. And when she opened it, she saw the child, and behold, the baby wept. So she had compassion on him, and said, “This is one of the Hebrews’ children.”

Then his sister said to Pharaoh’s daughter, “Shall I go and call a nurse for you from the Hebrew women, that she may nurse the child for you?” 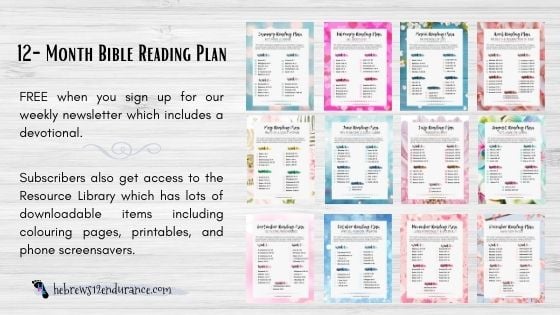 When Jochebed hid her son for three months regardless of the consequences, she made a decision to exercise her faith which makes her a hero of faith. When she made a basket to put Moses in, she showed the strength of her faith.

She had no way of knowing that anyone was going to intervene to save her son. She did not know that God had already made provisions for his care and protection. All she knew at that time was that she didn’t want her son to be killed. She took a risk and put him in God’s hands.

3. Self-control is a virtue.

Can you imagine the level of self-control Jochebed demonstrated when she stood in front of Pharaoh’s daughter and accepted the care – and wages – for the very son whom Pharaoh wanted to destroy?

It takes a certain presence of mind to exhibit grace under pressure and Jochebed had it. She raised her son as another woman’s child and then, at the appointed time, she handed him over to her care. That took a lot of self-control and discipline.

Jochebed, the Hero of Faith

The lessons we learn from Jochebed are love, faith and self-control. When faced with her greatest fear, she didn’t panic. She made a plan and boldly executed it. The Bible doesn’t mention it, but I believe she prayed. I believe Jochebed had a connection with Jehovah and it was this connection that caused her to go forward in faith.

Jochebed knew as long as she trusted Jehovah, she had nothing to fear. Likewise, we have nothing to fear when we learn to rely on God. We can do all things through Christ who strengthens us – including overcoming our greatest fears. How will you be encouraged by Jochebed to boldly face your fears today?