God is faithful, by whom you were called into the fellowship of his Son, Jesus Christ our Lord. 1 Corinthians 1:9 ESV

One of the greatest themes of the Bible is God’s faithfulness. From Genesis to Revelation, we see evidence that God is faithful even when we aren’t. The apostle Paul spoke about God’s faithfulness in his first letter to the church at Corinth.

The apostle Paul had gotten some disturbing news about the church he’d founded in Corinth, they were fighting amongst themselves and several issues had crept into the church. There was sexual immorality, idolatry, as well as, divisions because of who had brought them into the faith. As you can imagine, Paul was distressed that the men and women who had chosen to follow God were allowing their differences in opinion to cause factions within the church.

No temptation has overtaken you that is not common to man. God is faithful, and he will not let you be tempted beyond your ability, but with the temptation he will also provide the way of escape, that you may be able to endure it (ESV).

This reminder occurred after Paul had listed some Old Testament examples of the Israelites unfaithfulness. Though the children of Israel had not served God wholeheartedly, God had remained faithful. But here’s the beautiful thing about this verse: Paul did not negate the temptations the people were experiencing.

Instead, he wanted them to know that though they were tested God had already given them all the resources they needed to endure the temptation without being unfaithful.

The word translated in this verse as “faithful” is the Greek word pistos which could also mean “sure” or “true”. Isn’t that just who God is?

No matter what we have done, or how we’ve treated Him, God remains faithful. When He makes a covenant with us, He keeps it…even when we don’t play our part (Jeremiah 31:32, Hosea 6:7).

“The temptations in your life are no different from what others experience. And God is faithful. He will not allow the temptation to be more than you can stand. When you are tempted, he will show you a way out so that you can endure.”

This verse gives hope that no matter what we’re going through, no matter where we’ve been, we’re in God’s hand and He will not give us more than we can bear. He has not given us temptation or trials that only a supernatural being could handle. he’s going to give us something that we are able to bear in our humanity. Because here’s the thing: we have His Son Jesus through whom we can do all things (Philippians 4:13)

He stands waiting for you to confess your sins so He can wash you from all unrighteousness (1 John 1:9). Won’t you submit to Him today?

Jehovah, I love the fact that I can bear anything that comes my way it if I keep holding on to Your Son. Help me to endure and not to be unfaithful. I know there are times Lord, when I will stumble, remind me in those times that You are faithful and that I can trust You. In Jesus’ name. Amen. 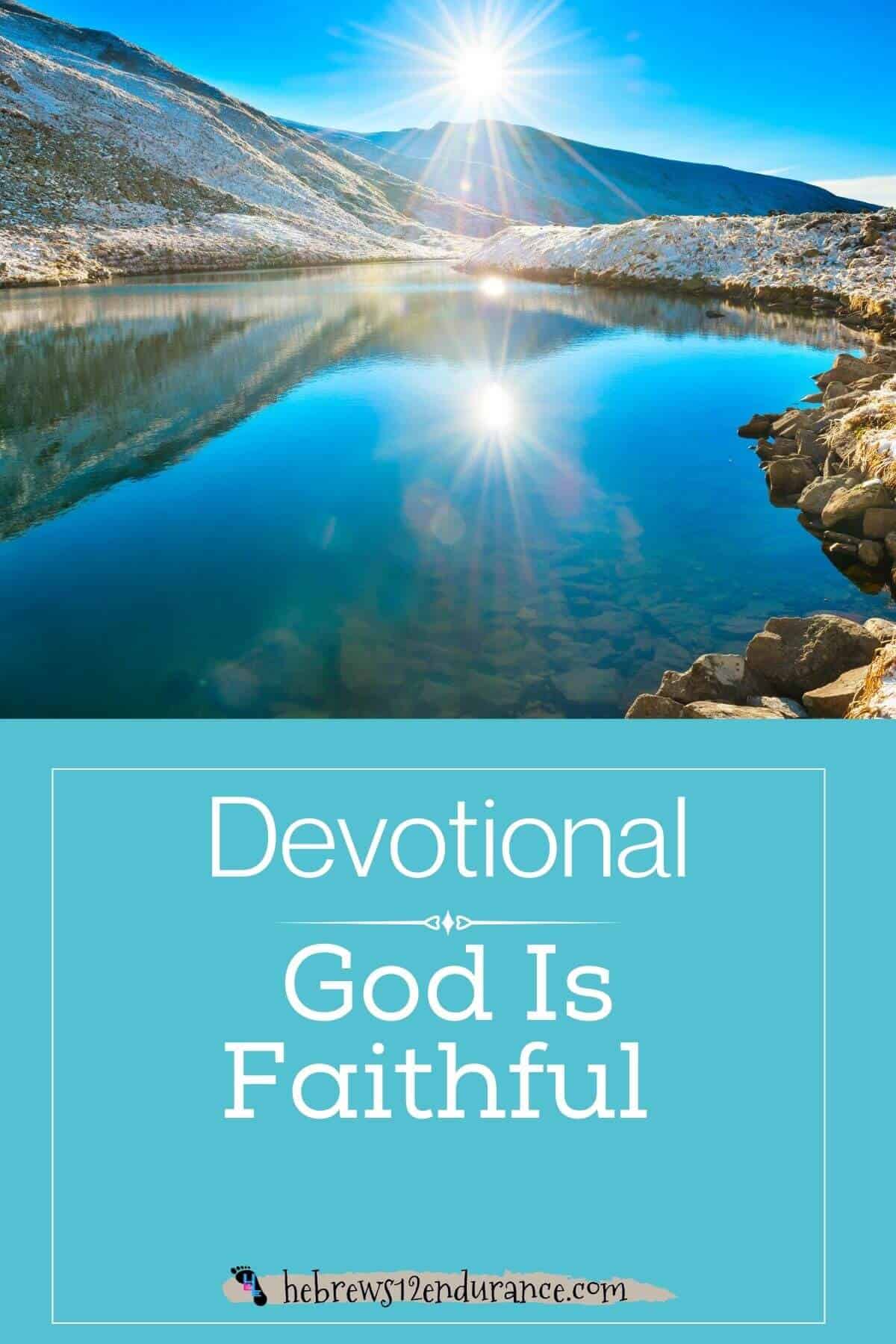