“Forget the former things; do not dwell on the past. See, I am doing a new thing! Now it springs up; do you not perceive it? I am making a way in the wilderness and streams in the wasteland.” Isaiah 43:18-19 NIV

The prophet Isaiah had a lot of warnings for the people of Israel, Judah, and the surrounding lands. He told the people that God was unhappy with their behavior and would punish them for their disobedience.

He often prophesied that the Israelites would be carried away from their land as slaves and would live in foreign lands. He used vivid imagery to depict the people’s actions against God and the resulting punishment (Isaiah 3:16-4:1, 5:1-7).

Isaiah 43 talks about the Redeemer of Israel. Though Israel had been disobedient and had served idols, God wanted them to know He was their Redeemer. They were thrice His. First, because He created them, then because He had formed them and given them a shape, and thirdly because He had reclaimed them from where they had been exiled.

“Forget the former things,” God said, “don’t dwell on the past. I’m going to do something new.” Isaiah 43:18-19. For the people of that time, God was letting them know that His power was not limited to things He had done in the past. Rather, He would do new and wonderful things in the future.

My friend, that message is applicable to us today. Many times we live as though God has already extended the fulness of His power and is not capable of doing the impossible in our lives. We act as though He can’t still work miracles. But God is a God of the impossible. He’s not limited by what He has done in the past or by our imagination.

Forget the former things. Behold, He’s doing a new thing, can you not see it? Ask Him to open your eyes so you can experience His power.

Father, forgive me for thinking You are limited to the miracles of the past. Open my eyes to the wonderful things You’re doing even now. I know You’re doing new things and making paths in places where it seemed impossible. Thank You for what You’ve done in the past and what You will do in the future. In Jesus’s name, I pray, Amen. 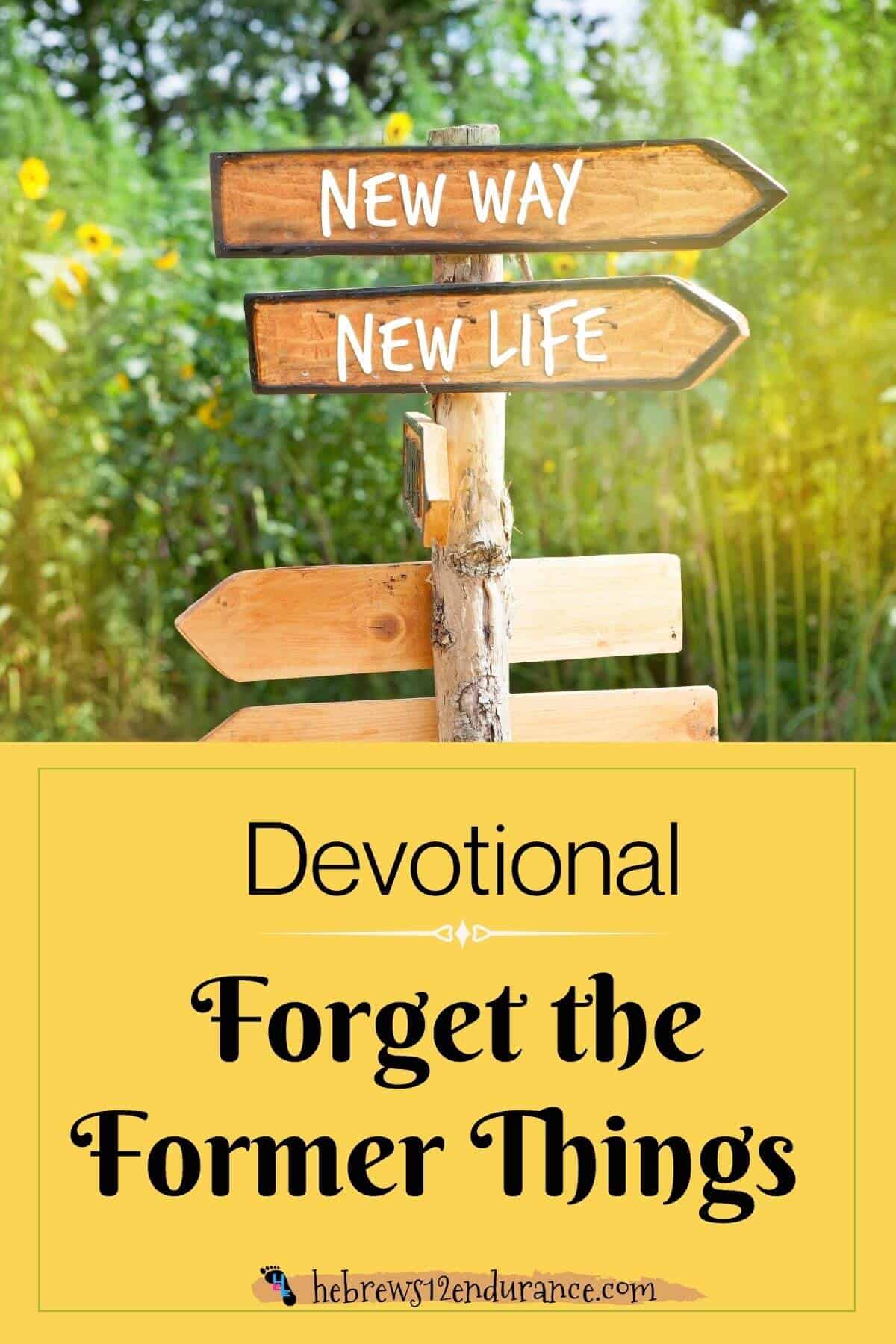 2 thoughts on “Forget the Former Things”