But now that you have been set free from sin and have become slaves of God, the fruit you get leads to sanctification and its end, eternal life. Romans 6:22 ESV

The exodus from Egypt was one of the pivotal moments in the history of God’s people. They received a fresh start and a chance to do things differently. Jacob and his family had gone to Egypt because of a severe drought in the land and had remained there (Genesis 41-47).

The Israelites went to Egypt to find food and stayed because they were comfortable and had found a place to thrive. Unfortunately, their large number caused Pharoah to fear their defection to the enemies of Egypt.  Instead of seeking an alliance with the Israelites,  the Egyptians enslaved them and became harsh taskmasters, so much so that the people cried out to God (Exodus 1:8-14).

The Lord showed His power in Egypt through ten plagues (Exodus 7:14-12:30). After the final plague where all the firstborns of the Egyptians were killed, Pharaoh allowed them to leave.

Imagine if you can what it must have felt like for these slaves to finally be free after years of bondage. They would no longer be forced to do things they didn’t want to do. They would have the freedom to go where they wanted at their pleasure.

One of those key lessons occurred in the month of the tenth plague. Let’s zero in on Exodus 12:1-28. The LORD gave Moses instruction to have the people select a lamb from their flocks. After four days, they were to kill the lamb, prepare and eat it a certain way (Exodus 12:3-9).

At some point during the process, they were also to take the blood of the lamb and apply it to the two doorposts and the lintel of their houses (Exodus 12:7). The reason they were given for this unusual practice was that the Lord would know where they were because of the blood. Upon seeing the blood, He would pass over them and they wouldn’t be destroyed along with the Egyptians (Exodus 12:12-13).

Let’s zero in on that reason for a minute. Didn’t God know where they were? Of course, He did. He’s God, He knows everything. Furthermore, the children of Israel lived in the and of Goshen (Genesis 46:31-34, 47:5-6), they weren’t intermingled among the Egyptians.

So why did God ask them to sprinkle the blood? For the same reason, He gave them the sacrificial system: the wages of sin is death (Romans 6:23). To pay the penalty for sin, blood is required. The Passover pointed to the perfect sacrifice Jesus, the Son of God, who died for our sins.

What is the significance of Exodus from Egypt for the Israelites and for us?

The Israelites were in bondage and had no way to save themselves. If God had not intervened, they would still be slaves in Egypt. Worse, they would they have enslaved by the enemy of their souls servings gods made with hands instead of the true God.

My friend, the exodus from Egypt holds spiritual lessons for us. Because of sin, you and I were enslaved and had no way to free ourselves. Thank God for the Perfect Lamb of God without whom we’d still be slaves to sin.

Father, thank You for the Perfect Lamb that You sent to die in our place. We’re grateful that we don’t have to try to save ourselves. In Your precious name, we pray, Amen. 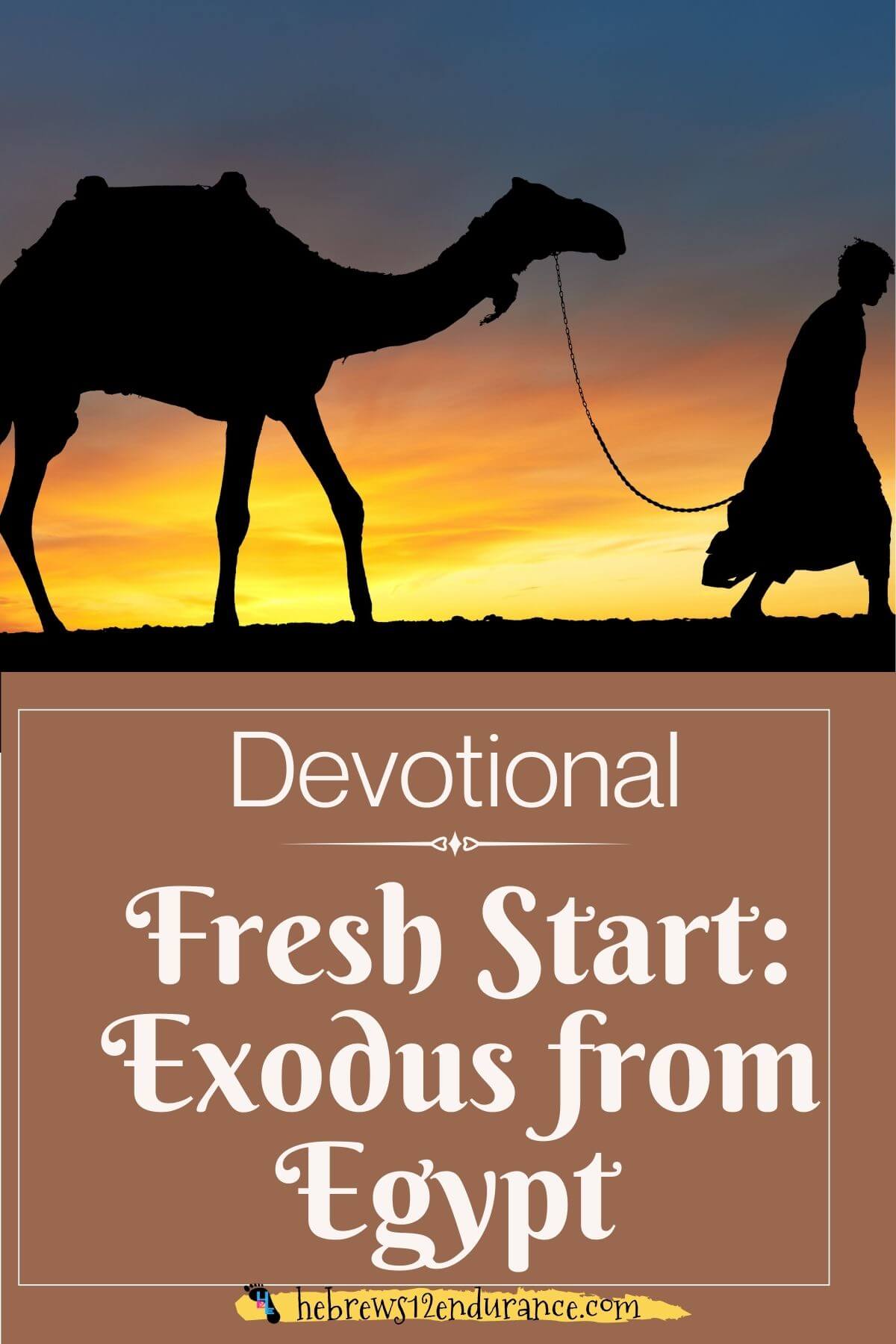