Do Unto Others: The Struggle Christians Face

People hurt you all the time. They lie, cheat, defraud, and betray you. So why can’t we treat them exactly as they treat us? Why can’t you do unto others as they have done to you? This is one of the great struggles of Christianity: treating others as we would want to be treated, even when we feel they don’t deserve it.

Maybe like me, you grew up hearing the words “do unto others as you would have they do unto you”. This phrase is commonly repeated whenever someone is trying to prevent you from having your revenge on someone. The sentiment behind it is, just because someone was unkind to you, doesn’t mean you have to be unkind in return.

The biblical principle of Matthew 7:12 and Luke 6:31 are known as “The Golden Rule”. The intent is that people will learn to rise above the mistreatment of others and instead treat them like royalty, or as we would want to be treated. But it’s hard, isn’t it?

So why did God ask his people to treat people the way we would want to be treated and not the way they treat us?

why did God ask his people to treat people the way we would want to be treated and not the way they treat us? #hebrews12endurance Click To Tweet

The Do Unto Others Verse

Okay, so I don’t know about you, but I actually thought the words “do unto others as you would have them do unto you” were in the Bible. I thought it was the King James rendering of a particular verse and was surprised when I couldn’t find it anywhere in the Bible! What I did find were these words:

Therefore all things whatsoever ye would that men should do to you, do ye even so to them: for this is the law and the prophets (Matthew 7:12 KJV).

And as ye would that men should do to you, do ye also to them likewise (Luke 6:31 KJV).

While the verses don’t literally say “Do unto others”, the essence is the same. We should treat people how we want to be treated and not necessarily how they treat us. But why? Isn’t there also a verse that says “an eye for an eye”? So why do you have to take the high road? Am I the only person struggling with this? Why can’t you just treat everyone the way you believe they deserve to be treated?

The Origin of the Do Unto Others Concept

If we are to understand the meaning of the concept behind "do unto others", we have to go back to the beginning.

In the beginning, God created the heavens and the earth (Genesis 1:1). He created a perfect couple and gave them the task of populating the earth.

But sin came in and they fell into the temptation to be like God and their perfection was marred by sin (Genesis 3).

In the process of time, Adam and Eve had children and two those children--Cain and Abel--brought sacrifices to God. But their sacrifices were not equal in God's sight. The Bible tells us:

Abel also brought of the firstborn of his flock and of their fat. And the Lord respected Abel and his offering, but He did not respect Cain and his offering. And Cain was very angry, and his countenance fell (Genesis 4:4-5 NKJV).

It's a familiar story. Cain was angry because God had refused his offering and his anger caused him to murder his brother. And this is where I want us to slow down a little.

Look at what Cain said when he received his sentence from God.

And Cain said to the Lord, “My punishment is greater than I can bear! Surely You have driven me out this day from the face of the ground; I shall be hidden from Your face; I shall be a fugitive and a vagabond on the earth, and it will happen that anyone who finds me will kill me.”

And the Lord said to him, “Therefore, whoever kills Cain, vengeance shall be taken on him sevenfold.” And the Lord set a mark on Cain, lest anyone finding him should kill him (Genesis 4:13-14 NKJV).

Cain feared the punishment of man. He who had murdered an innocent man now feared being murdered by his peers.

In other words, what Cain was saying to God was, "I don't want to be treated as I deserve. I don't want people to do unto me as I have done unto my brother. "

Now if you or I were in God's position, we'd probably point out that it was just what he deserved "an eye for an eye and all that". But God is not like us.

He offered grace and mercy to Cain and put his protective mark on Cain. If you've ever wondered how effective that mark was, just look at what Lamech says in Genesis 4:23-24:

"Adah and Zillah, hear my voice;
Wives of Lamech, listen to my speech!
For I have killed a man for wounding me,
Even a young man for hurting me.
If Cain shall be avenged sevenfold,
Then Lamech seventy-sevenfold” (NKJV).

That was decades after the original statement. And while it may be argued that the story was propagated by Cain himself, just think about what you would have done if you had been in the shoes of the people of that time.

If someone came to you and told you God had put a mark on you to discourage men from killing you like you had killed your brother, would you have heeded him? Maybe not. Or maybe you would have been tempted to listen when he told you that God would avenge him sevenfold.

We could spend all day speculating but here's the thing I want you to focus on:

When Cain feared that men would do to him as he had done to Abel, God put Cain under his protection and promised a disproportionate punishment to anyone who dared to treat Cain as he had treated Abel.

God instituted the concept of "do unto others as you would have them do unto you". If God ordained it, do we have the right to resist it?

God instituted the concept of do unto others as you would have them do unto you. If God ordained it, do we have the right to resist it? #hebrews12endurance Click To Tweet

Do Unto Others Meaning

The meaning of do unto others is simple. Regardless of what people have done or how they behave, we ought to treat them as we would want to be treated.

If you really think about it, is it any different than Paul's admonition to "esteem each other better than ourselves" (Philippians 2:3)?

Imagine a world where people treated each other with the love and care they would want to be treated with. Wouldn't you love to live in such a world? I would.

The Danger of Doing Unto Others As They Do To You

There's an intriguing story in the Bible about someone who claimed they were treating others as they had treated him. Let's look at it together.

Samson had been given extraordinary strength at a time when God's people were being dominated by the Philistines. God's plan was for him to begin to deliver his people from their captors (Judges 13:5).

Fast forward a number of years and Samson was an adult of marriageable age. But instead of seeking a bride amongst his own people, he sought out one of the Philistines. It did not turn out well.

At the wedding feast, he gave a riddle to his guests which they could not figure out. At least, not until they had threatened his wife and had gotten her to agree to find out the answer to her husband’s secret riddle and share it with her countrymen (Judges14:12-18).

In anger, Samson went to Ashkelon and killed 30 men so he could fulfill the terms of the deal. He walked away from his wife and returned to his family's house.

After some time had passed, he returned to his father-in-law's house and demanded to see his wife. But she was no longer his wife because she had been given to another man (Judges 14:20-15:2).

Angry, again, Samson enacted his revenge by burning the corn, vineyards, and olives of the Philistines (Judges 15:4-5).

Maybe you're already familiar with the story, but here's the part I found interesting: when the men of Judah asked Samson why he had provoked the Philistines by destroying their crops, look at what he said:

Oh, my word! Are you beginning to see the danger of doing unto others as they do to us? But don’t judge Samson too harshly. He had the same struggles we do.

It's human nature to go overboard when we're enacting our revenge. We start out wanting the people who hurt us to feel the same pain we felt when they had hurt us. But soon enough we want to hurt them more than they hurt us. 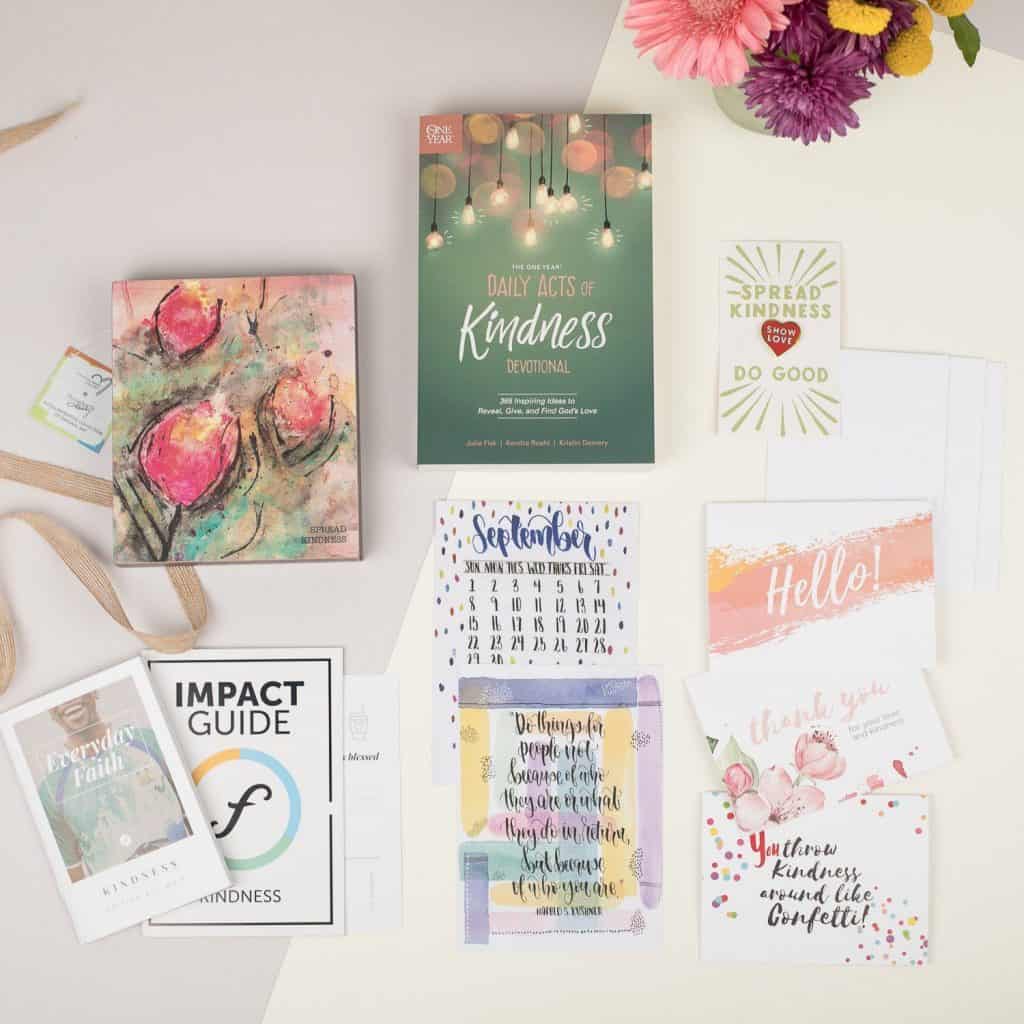 Why You Can't Do Unto Others As They Do to You

As Christians, we are called to represent Christ. That means we can't always behave the way other people do. It may even mean that we can't treat people the way they treat us.

Like Christ, we have to turn the other cheek and keep turning it. Even when it hurts.

We do that because we want to be God to them--treating them with the grace and agape love God lavishes on us.

We treat others as we would want to be treated so we can inspire them to choose Christ and live in a way that transcends the shallowness and pettiness of the world.

We treat others as we would want to be treated so we can inspire them to choose Christ and live in a way that transcends the shallowness and pettiness of the world. #hebrews12endurance Click To Tweet

There are going to be many arguments about why we should treat people the way they treat us, self-preservation and self-defense being the top two. But picture this for a minute:

Imagine a world where everyone treated each other as they had been treated. So if you walk into a room and no one greets you, you say nothing in return. Or if someone steps on your toe, you step on theirs.

If someone bumps into you accidentally, you bump into them on purpose. You can continue this mental exercise by thinking of as many bad or painful things that happen during the normal course of your day but everyone reciprocates instead of apologizing.

Which world would you rather live in?

I know which one I would choose. And while this present world is far from that ideal place, it's our training ground for heaven. Acts of kindness should be our default reaction, not thoughts of revenge. I hope this post encourages you to do unto others not as they have done to you but as you would like them to do to you.