Have you ever been in a situation where it seemed as if there was no way out and then out of nowhere a perfect solution happened? I have. One way to explain that is divine intervention.

What is Divine Intervention?

So what exactly is divine intervention? It’s God stepping in to rescue His children when there seems to be no way out.

Example of divine intervention in the Bible

God has always been in the business of rescuing His people. But unlike us, He doesn’t demand acknowledgement for what He has done.

When Joseph’s brother decided to kill him, Reuben intervened and told them to throw him in the empty cistern, all of his brothers agreed (Genesis 37:18-23). Yes, Reuben planned to rescue him later but we have no guarantee that he would have been successful…and how would he have explained it when Joseph showed up back home?

Instead, Joseph was sold into slavery which at first may have seemed like a fate worse than death.

His brothers went on with their lives and Joseph spent 20 years as a slave. But in all of this, God was not absent. It may have seemed as though God allowed a lot of bad things to happen to Joseph, but He did not abandon him.

Instead, his time in prison was character building. Joseph learned how to manage his resources and run an enterprise–skills that would come in handy in his role as Prime Minister of Egypt.

When the drought affected the lands surrounding Egypt, there was food available for sale. What Israel and his sons experienced would have felt like divine intervention for them. They should have perished, but God intervened in their story and gave them a future.

That’s how active God is in our own situations. All we have to do is take the time to look for evidence of His intervention.

My Review of Labyrinth of Lies

When Cate goes undercover to investigate a case of two missing teenagers, the last person she expects to run into is the man who broke her heart years ago. When it becomes evident that their cases are linked, the two decide to work together and the stakes…and tension are high.

Labyrinth of Lies is aptly named. There were so many people with their own agendas that it was truly a web of deception.
It was clear from the beginning that Cate was a good detective who would do whatever it took to solve the case even going undercover which she disliked. I liked watching her interaction with Kayla but would have liked to see a snapshot of their relationship after the truth came out.

The chemistry between Cate and Zeke was tangible and Ms. Hannon did a good job showing their romance without making it appear inappropriate. You could see that the two of them had grown and were in a better place to take their relationship to another level. The reader gets to see a lot of Cate realizing the importance of choosing to give Zeke another chance.

I figured out the bad guy a second before it was revealed as I was completely engrossed in the story. His reason for doing what he did was implausible but the author didn’t try to justify it which made it believable.

The faith element was faint but readers will be reminded that God is everywhere. Even the most seemingly inconsequential thing could be evidence of His hand at work.

I received an advanced reader’s copy from the publisher through NetGalley and the Revell Reads program; a positive review was not required.

About Labyrinth of Lies (Triple Threat #2)

When the daughter of a high-profile businessman disappears from an exclusive girls’ boarding school, police detective Cate Reilly is tapped for an undercover assignment. It doesn’t take her long to realize that beneath the veneer of polish and wealth, things are not as they seem at Ivy Hill Academy. But the biggest surprise of all? The only man she ever loved is also working at the school.

Zeke Sloan has never forgotten Cate, but now isn’t the best time for their paths to cross again. When their two seemingly disparate agendas begin to intertwine–and startling connections emerge among the players–the danger escalates significantly. But who is the mastermind behind the elaborate ruse? And how far will they go to protect their house of cards?

Queen of romantic suspense Irene Hannon invites you to scale the heights of human folly and plumb the depths of the human heart in this second gripping book in the Triple Threat series.

Irene Hannon is the best-selling author of more than 35 novels. Her books have been honored with the coveted RITA Award from Romance Writers of America, the HOLT Medallion, the Reviewer’s Choice Award from Romantic Times BOOKreviews magazine and the Daphne du Maurier Award for mystery/suspense.

Irene and her husband make their home in Missouri, USA. Irene invites you to visit her at her website, www.irenehannon.com

So, how do you pray for divine intervention? Are there specific words you need to say? God always wants to hear from His children. He wants us to seek Him in and above all things.

Here are some verses you can use as prayer points when praying for God’s intervention:

When you need God to work in your life. Approach Him honestly and fervently knowing that He delights to bless His children. 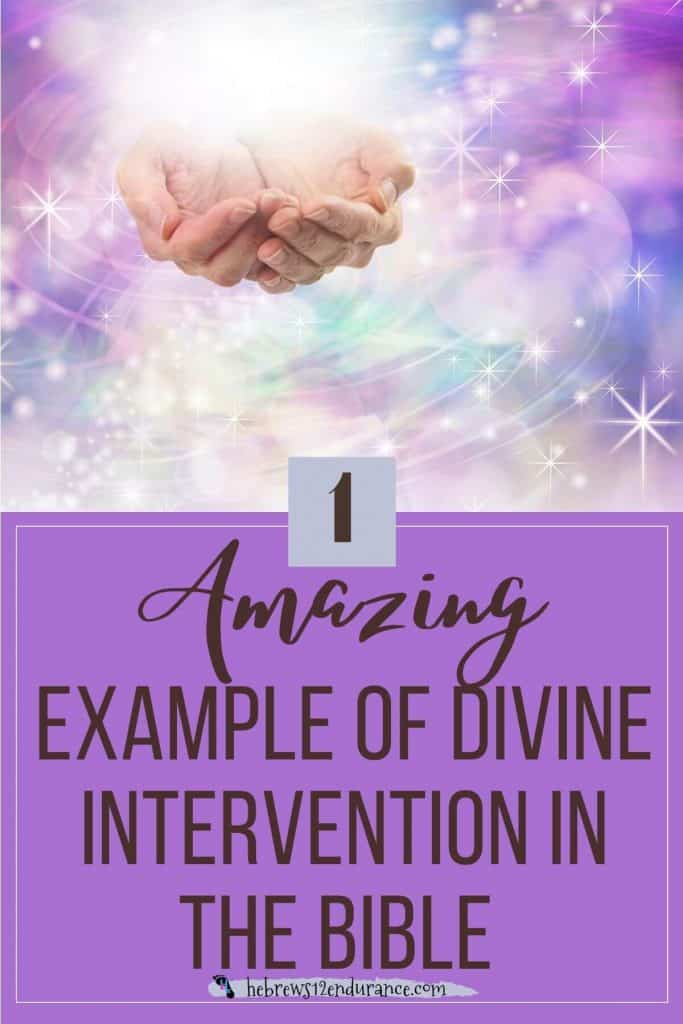