It’s all about the heart. Have you ever desperately wanted something just because someone else had it? Wanted it so badly you could almost taste it?

This is what happened to King David. He wanted a woman that did not belong to him. When he first saw Bathsheba from his roof and asked about her, they told him she belonged to another. At that point he should have said, “Oh well, I was a little too late, time to find something (someone) else.”

Or maybe he should have just visited one of the other dozens of wives and concubines that he already had.

Unfortunately, that’s not what David did. He continued to pursue a woman who was unavaliable and didn’t stop until he had slept with her. Their union resulted in her pregnancy and started a series of deceptive and evil events that resulted in the death of Bathsheba’s husband Uriah.

You see, the enemy is like that. He likes to blinds us to what we already have so that we can’t see or appreciate it. We only see what the person next to us has.

The enemy doesn’t reveal the cost of having the thing that we are lusting about, he only makes it look shiny and beautiful. Like he did in the Garden of Eden, he subtly causes us to doubt the value of what we already have.

Create In Me A Clean Heart

Thankfully, the story of David and Bathsheba did not end with Uriah’s death. God sent His prophet Nathan to show David that he had sinned and needed repentance.

It was in response to that chastisement that Psalm 51 was written. The psalmist cried out to God for forgiveness and asked Him to create a new heart in him and to renew the right spirit. David knew that on his own, he was powerless against the wiles of the enemy but with God, he could stand against the evil one.

All you have to do is go before the throne of grace and say with a repentant heart, “Create in me a clean heart O God and renew a right spirit within me.”

Only God can restore the balance of what’s off in our lives. He can perfectly restore us and put things in perspective.

Father, forgive me where I have sinned. Create in me a clean heart and renew a right spirit within me. I don’t want to be cast away from Your presence so help me to do only those things that are pleasing to You. In Jesus’s name, I pray, Amen. 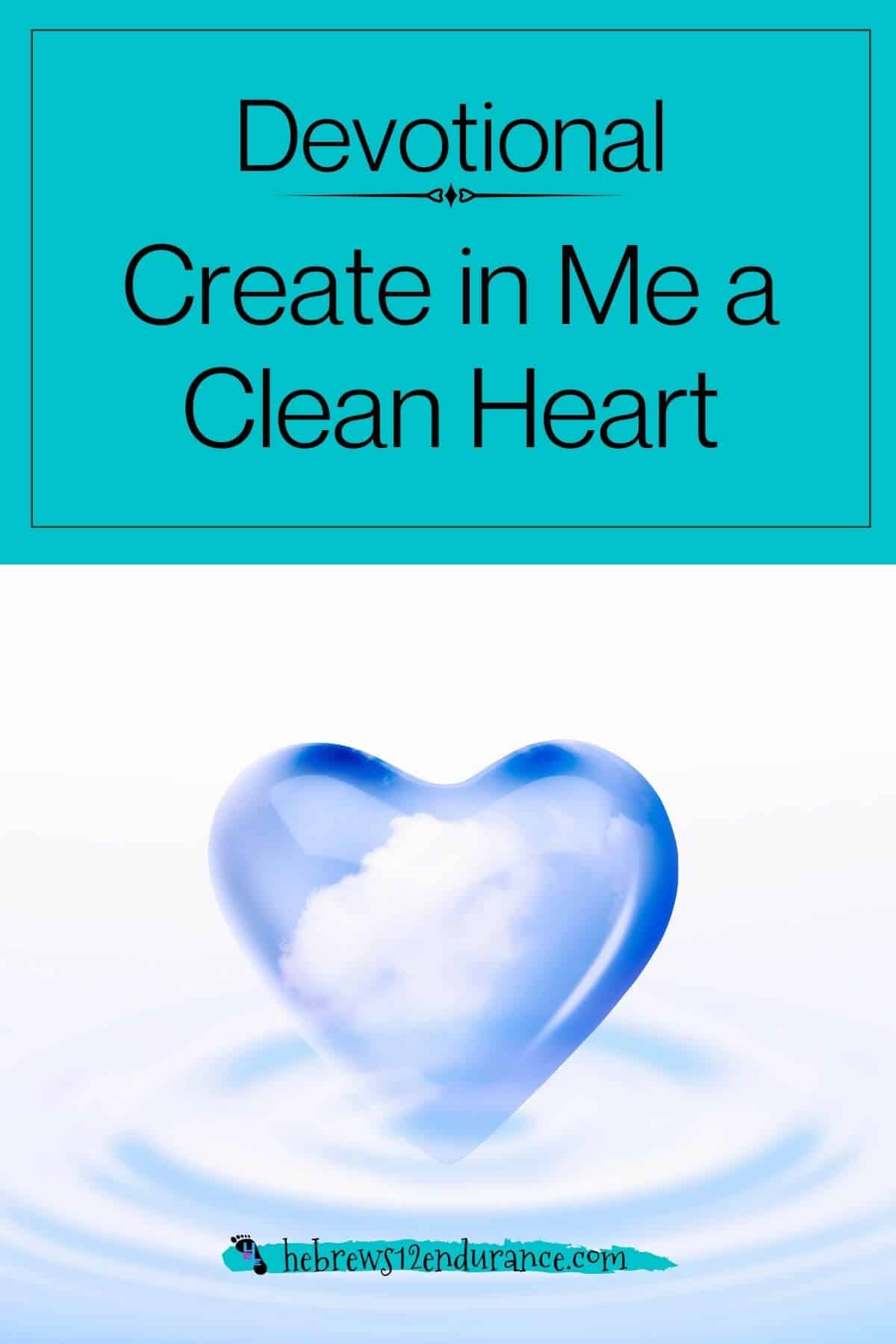 2 thoughts on “Create In Me A Clean Heart”