For unto you is born this day in the city of David a Savior, who is Christ the Lord. – Luke 2:11 ESV

One of the most encouraging verses in the Bible is Luke 2:11, Christ the Savior is born. Today, as Christians, we have many reasons to get excited about this verse, but let’s put ourselves in the shoes of the original recipients for a moment.

Since the Fall of man, it became evident that they needed a Savior. Someone who could spare them from the penalty of sin which was death. The oral history of the children of Israel was filled with stories about the coming Messiah.

Who was Christ the Savior?

They knew where He would be born, the name of his most famous ancestor, and had been given a hint of what His life would be like on earth. They knew He was the Son of God sent to save humanity from their sins. The only thing they didn’t know was when He would be born.

For thousands of years they waited for this Savior’s birth but I can imagine there were probably times when they wondered if He was still going to come. After all, it had been so long.

When news of the Messiah’s birth finally came, Jerusalem was occupied by Roman soldiers and had been for years. An angel appeared to a group of shepherds and told them the Good News.

We don’t know how the shepherds thought the Messiah’s birth would affect the Roman occupation but we know they accepted the news with joy. They left their flocks and went to find out about the baby who had the power to take away the sins of the world.

My friend, I don’t know what impact you’re hoping Christ will have on your life, but you can rest assured that because He was born and chose to die, you have received the gift of salvation. All you have to do is accept Him as your Lord and Savior ask Him to forgive your sins.

Rejoice! Christ the Savior is born! 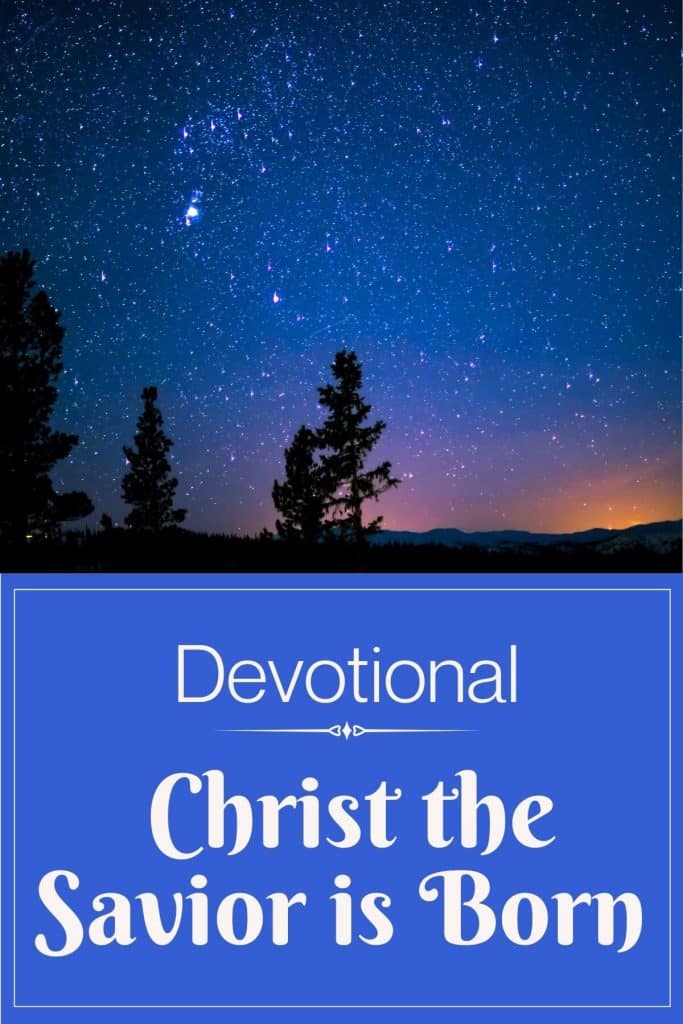 Lord God, thank You for sending Your Son to die for my sins. I am so grateful that You didn’t allow me to bear the penalties on my own but instead gave me the opportunity to be reconciled with You. Christ the Savior was born and for that, I’m truly thankful. I bless Your name, O Lord. Amen.