Was it a secret that you were excited about? Bathsheba was a woman who knew a great secret. 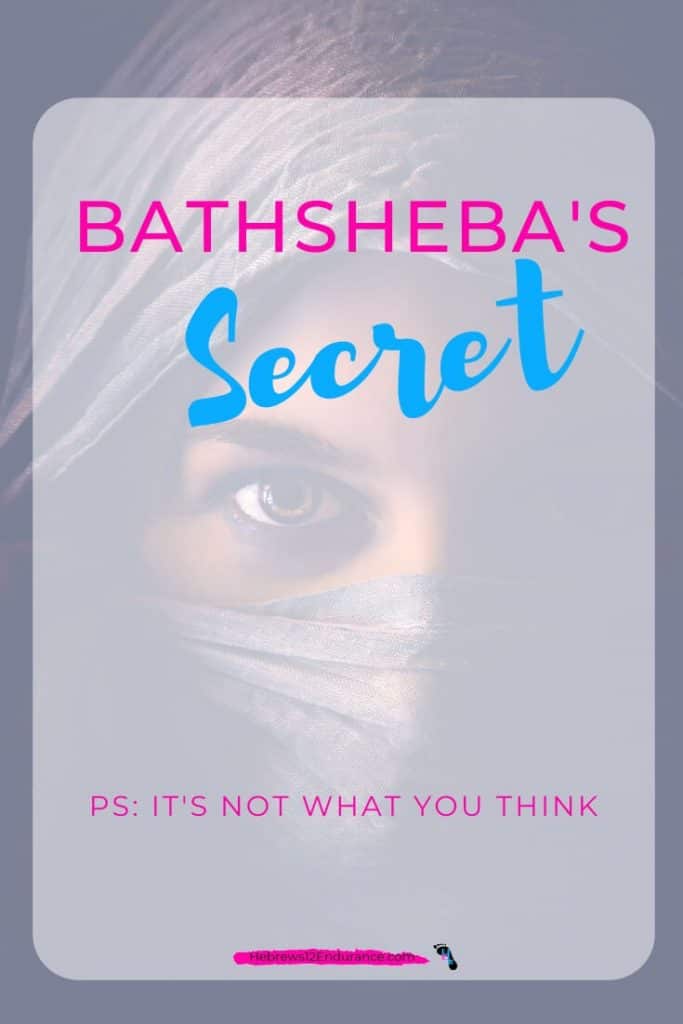 When we first meet her, she’s naked in a bath unaware that King David is looking at her and lusting. Bathsheba is best known as the woman that David had an adulterous relationship with. She’s the mother of Solomon and an ancestor of Jesus.

But Bathsheba knew a great secret. She was also the woman who wrote the famous Proverbs 31 verses: “Who can know a virtuous woman?”

If you’re like me, you have tortured yourself with the image of the Proverbs 31 woman a time or two. She’s so perfect! How can anyone ever hope to be her?

As I studied Bathsheba’s story while writing Through God’s Eyes: Biblical Lessons on Marriage for Women, I realized a great truth:

Bathsheba- adulteress, mother of a bastard child, widow of a murdered husband, is the author of Proverbs 31. She, the woman for whom a great warrior was killed, was the author of those verses.

I’ll tell you something about people who write: it’s very hard to write something that you don’t believe in. I feel certain that at the time she wrote the verses, Bathsheba believed herself to be a virtuous woman.

Somehow, she had shucked off her identity as an adulteress and put on a new one as “Woman of Virtue”. I sure would like to know her great secret, wouldn’t you?

The Proverbs 31 Woman is You

How do you think Bathsheba became a virtuous woman? Share with us in the comments below.

Linking up at Five Minute Fridays.