And if a house is divided against itself, that house cannot stand. – Mark 3:25 NKJV

Have you ever noticed how divided we are as people? We allow the simplest things to push us apart: skin color, age, education, money, vaccination status. Instead of trying to find those things we have in common and building a bond around those things, we choose to focus on the differences.

Unfortunately, this is not a new thing. In Matthew 12:22, we read an amazing testimony.  A man possessed with a demon that caused him to be both blind and dumb was brought to Jesus and He healed him. The Bible tells us that “the blind and dumb both spake and saw” (KJV).

This should have been cause for celebration. A man who had been unable to see the beauty of creation or to vocally express his thoughts now had the ability to do both. But the children of Israel were divided in this matter.

The common people were amazed. They believed the miracle Jesus had performed identified Him as the Son of David who had been promised, the Messiah that was to come (Matthew 12:23).

The Pharisees accused Him of casting out demons through the power of Satan (Matthew 12:24). I love Jesus’s response to them,

And if Satan cast out Satan, he is divided against himself; how shall then his kingdom stand?

And if I by Beelzebub cast out devils, by whom do your children cast them out? therefore they shall be your judges (Matthew 12:25-27).

There are a few things Jesus is trying to tell them in His response:

What is the meaning of a house divided?

The word translated as divided is the Greek word merízō, (pronounced mer-id’-zo) and means to part. It is also used figuratively to mean to disunite or differ. A house divided is one that is broken down into factions. It means the parties don’t agree. Imagine a couple going through a divorce: the family is divided as each person is expected to take one party or the other’s side.

A couple going through a separation to divorce is not focusing on the things they agree on or the ways in which they are similar. Instead, they are highlighting even minor differences.

My friend, the enemy works hard to keep us divided. He wants us fighting each other so that we can’t see he’s the one interfering in our affairs. He wants us to find fault with one another knowing that when we do, we’ll spend so much time tearing each other we won’t be able to bear one another’s burdens.

But God wants us to unite with our brothers and sisters. He knows there’s strength in unity. United we stand but a divided house will fall. What will you choose today, friend? Division or unity?

Father, thank You for the reminder that there’s strength in unity. Help us to seek out points of commonality as we remember that all of humanity was created by You. Remind us, O Lord that if we’re divided we will fall. Let us not breed strife by focusing on differences in doctrine. Instead, let us choose to remember that each of us are a part of Your family. Help us to practice here on earth the unity we will experience in the New Jerusalem. In Jesus’s name, we pray, Amen. 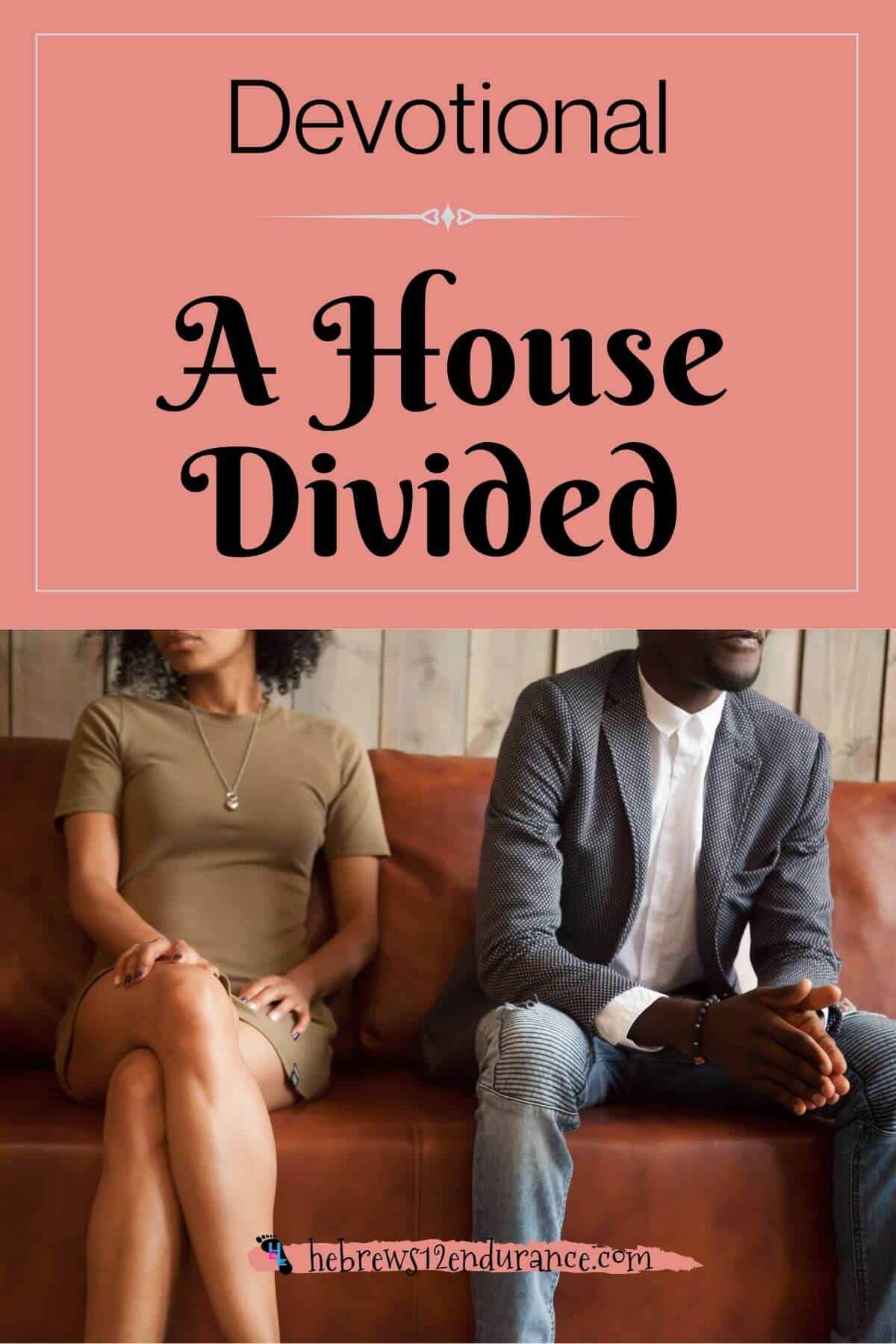